They already have had the necessary FCC certifications and rumors are predicting that both the smartphones will be made official by Samsung anytime now. While the Galaxy J5 (2017) and Galaxy J7 (2017) will not be phones which will ever enter the US or European markets, they are a huge hit in the emerging markets of India, Pakistan and South Africa. On that note, let's take a look at what Samsung has in store for the fans of the series this year.

The design visually reminds us about the Galaxy A (2017) series. Of course, it will have more modest hardware specifications as compared to the mid-range A-series. If you are wondering what those specifications are, your guess is as good as mine. Nevertheless, let's hope that the 1080p display won't be exclusive to China this year around. Don't expect any AMOLED displays though as those are reserved for Samsung's higher end phones only. 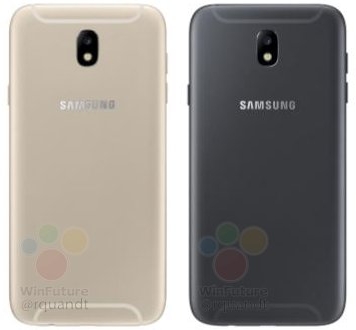