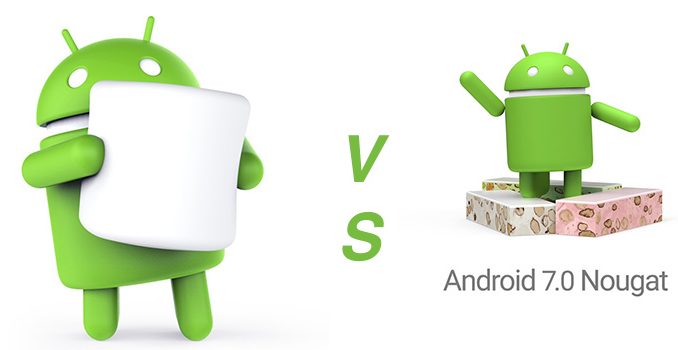 Android Marshmallow was released in October, 2015, but this year, Google hurried things up by unveiling it on March 9 and releasing it on August 22. Nougat will also follow a more regular and a slightly different approach to OS updates as Google announced that interested users will be able to install and test out the next Android version (7.0.1) before its public release, just like it was with the developer previews leading up to the final release.

Unlike Android M, Android N won't be landing on the Nexus 5, Nexus 7 (2013) and the Nexus 10 unfortunately. Android 7 will add native support for multi-window missing in Marshmallow, although OEM companies like Samsung have been able to do that for a long time now. A big change coming with Nougat that we liked a lot is the Android Instant Apps feature. In case you tap a link that requires for an app to be installed on your device, this feature will allow you to skip the time-consuming installation process by simply installing temporary files necessary for the required function to complete successfully.

Apps on the new Android 7.0 will take up less space and install faster. Graphics will improve significantly for games designed on the improved Vulkan API and virtual reality in general will receive a big boost as compared to what we saw in Android Marshmallow. There are tons of other features and improvements that you can check out here.