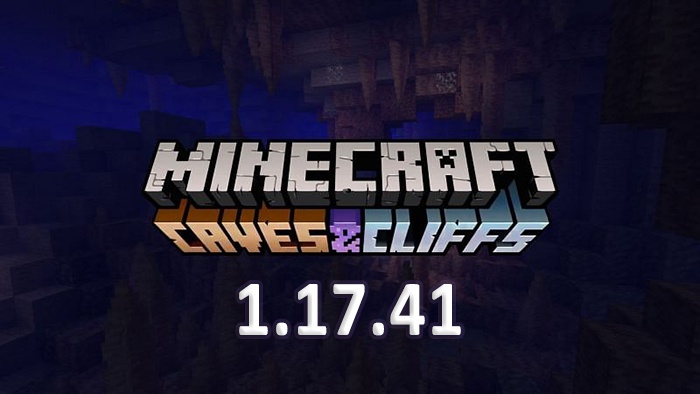 Hello everyone! I want to please you with the new version of Minecraft PE 1.17.41 for Android. Get ready to go on an amazing and exciting adventure. You will have new items for exploring the world, with the help of a Spyglass); distant surroundings will now become available. Moreover, advanced graphics and textures will immerse you as much as possible into the reality of the gameplay. In addition, the developers have fixed some serious bugs that prevented you from enjoying the gameplay.

With the Caves and Cliffs update, Mojang Studios is focusing on the open world.

The developers decided to add new objects to the game for exploring the worlds, among them there is a new "spyglass" and tinted glass.

They were also decided to change the generation of the world, similar to the computer version of the game.

And for improved graphics, a new graphics engine was used. In this release, the game performance is much better.

Added new biome Stony peaks. They look like small mountains made of solid blocks of stone and earth.

These hills are located between warm and cold biomes and are specially designed for a smoother transition between territories. For example, a new biome could be located between a snowy location and a desert.

As we know, the developers are trying to make MCPE in Java Edition. Therefore, in this version using a new graphics engine called Render Dragon. It has greatly improved the picture in the game. At the same time, the performance of the game has also improved. They promise that with the new engine, the stability of the game will also be higher.

But the available renderer is only for processors with ARMv7 architecture. 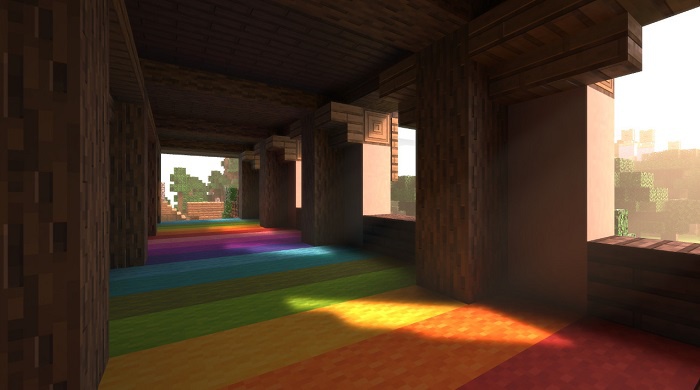 The Amethyst Geode was introduced to us in the first part of Caves and Cliffs. As you already know, this is an underground natural structure of the Upper World, outwardly looks like a ball, and inside there are amethyst and calcite. Moreover, this is the only way to get these blocks of minerals, since they cannot be multiplied at home. It is generated in caves or in abandoned mines, but sometimes the player can find it on the surface of beaches and underwater in the oceans. 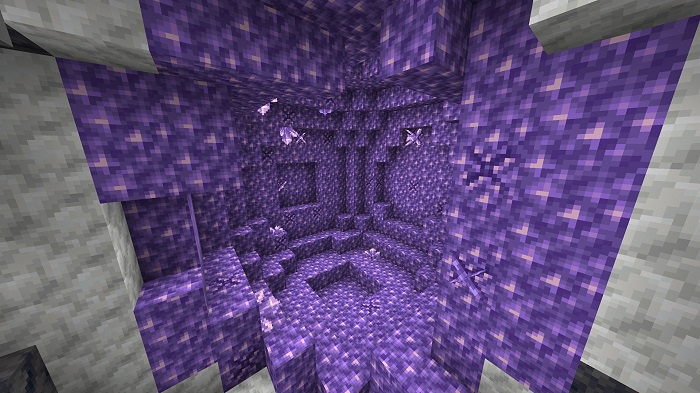 Amethyst minerals can glow, which is why blocks give off a purple glow. Other new items can be crafted from Amethyst Shards.

The developers have fixed the problem with the consumption of a huge amount of RAM. Now the devices will not be heavily loaded and slow down.

Bugs with bugs of blocks that became transparent have been fixed.

In addition, they improved the stability of the game, now there should be less interruptions.