Microsoft has today released the January update for Windows 10 Technical Preview. This can now be downloaded from the dedicated site, and you can even get an ISO file if you so wish. The January build comes with many new features, and probably the most important new things inside of it are Cortana and the new Xbox app.

While the latter doesn't yet support streaming games from an Xbox One to a PC, it does let you view friends activity, post to timeline, and view game DVR videos. And there's an important caveat to note about Microsoft's personal assistant, namely that it's currently available in US English only. As you may expect, it does sync to Windows Phone. 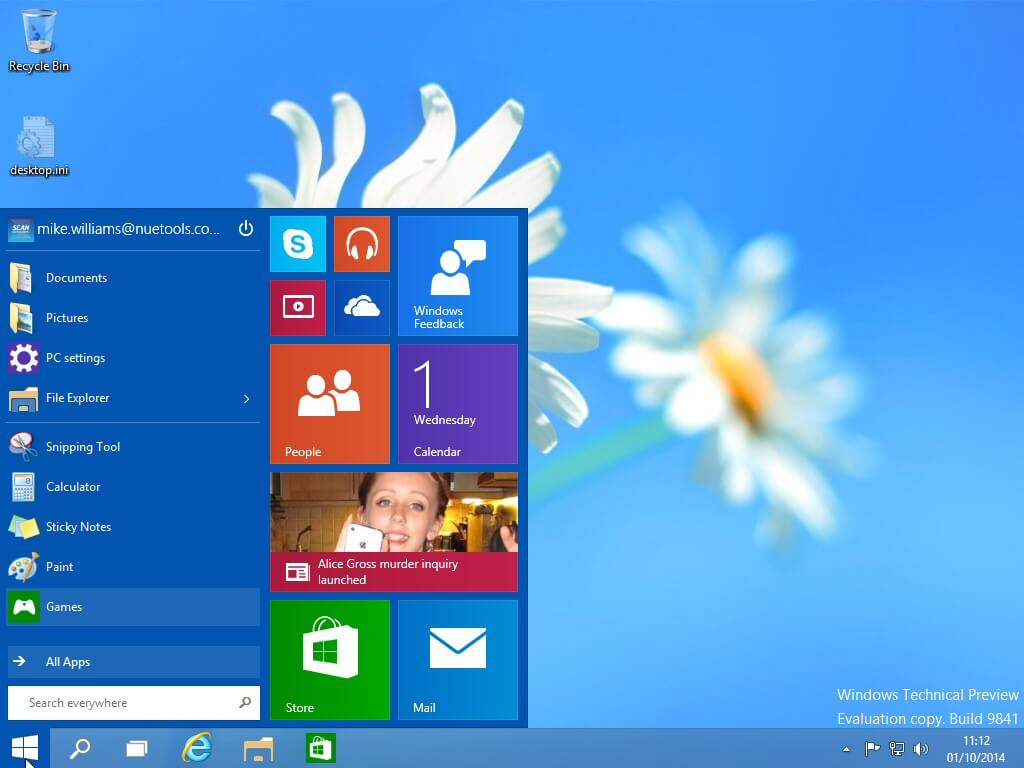 The new Action Center has replaced the Charms bar, and it houses notifications, quick action keys, and settings. The People, Outlook, Photos, and Maps apps have been updated. A new "smart snap" mode is in, which shows you a list of running apps when you snap another app, assuming that you'd want to snap an additional one after that.

Continuum lets you switch between tablet and PC mode with one click/tap. For the Surface Pro 3, the switch should automatically be employed when you attach or remove its keyboard.