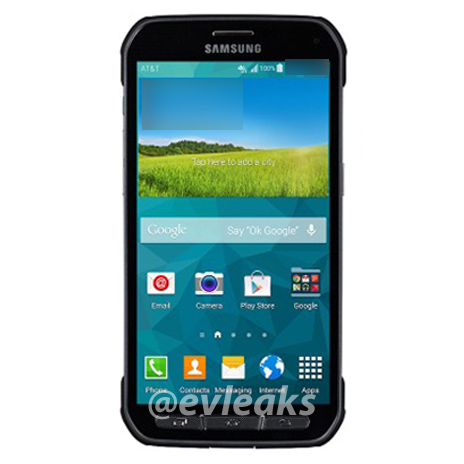 Tough is about to get Tougher, The Samsung Galaxy S5 Active has been leaked with its first Press Image on twitter by @evleaks, that image shows the AT&T variant of the upcoming smartphone. It's a tougher version of the original Galaxy S5 device with much harder body and more damage resistance.

Samsung Galaxy S5 Active is expected to debut in the near future. Its rumored specs include a Qualcomm Snapdragon 801 SoC, 2GB RAM, and 16MP camera. The Phone will launch very soon in all markets worldwide.