Galaxy S8 and S8 Plus Could be Updated to Android Nougat 7.1 Very Soon

Galaxy S8 and S8 Plus Could be Updated to Android Nougat 7.1 Very Soon 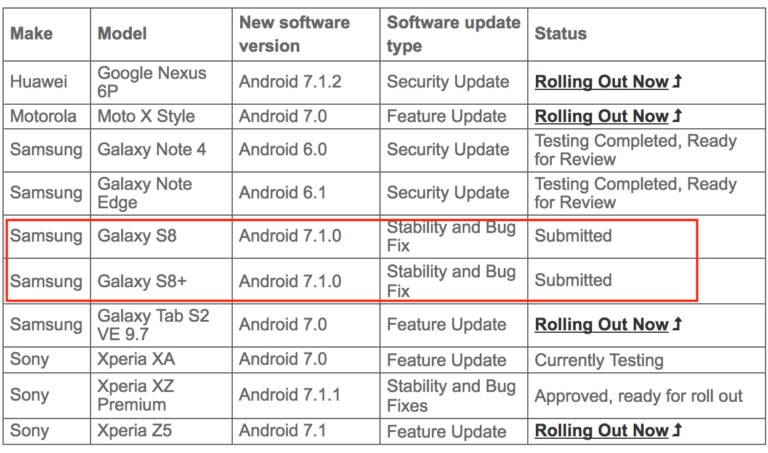 The Galaxy S8 and S8 Plus are Samsung's latest and greatest flagship handsets till now, but that crown is soon going to go to the Note 8 later this month. The Note 8 will also be released with Android Nougat 7.1 onboard, while the S8 is still on Nougat 7.0 as it happens. Of course, this disparity between the two flagship smartphones is not something that's going to be there for very long because as per reports, the S8 and the S8 Plus are going to get upgraded to Android 7.1 very soon as well.

This news comes to us, thanks to a listing by Vodafone Australia which clearly shows that the new firmware release is already under review. The information is not a rumor but a confirmed news as the official Vodafone Australia website has the listing on it for everyone to check out. It's only a matter of time before the update starts to make rounds across the globe now. So what can you expect after the update? To be honest, not much really! Maybe the UI will run a bit smoother and it will definitely be more stable and secure. The few visual upgrades and additions (emojis for example) that Nougat 7.1 does add to the phone will likely not even matter much since Samsung will lay its own UI on top. Nevertheless, the OS upgrade is more than welcome for the stability and security it will bring with it.