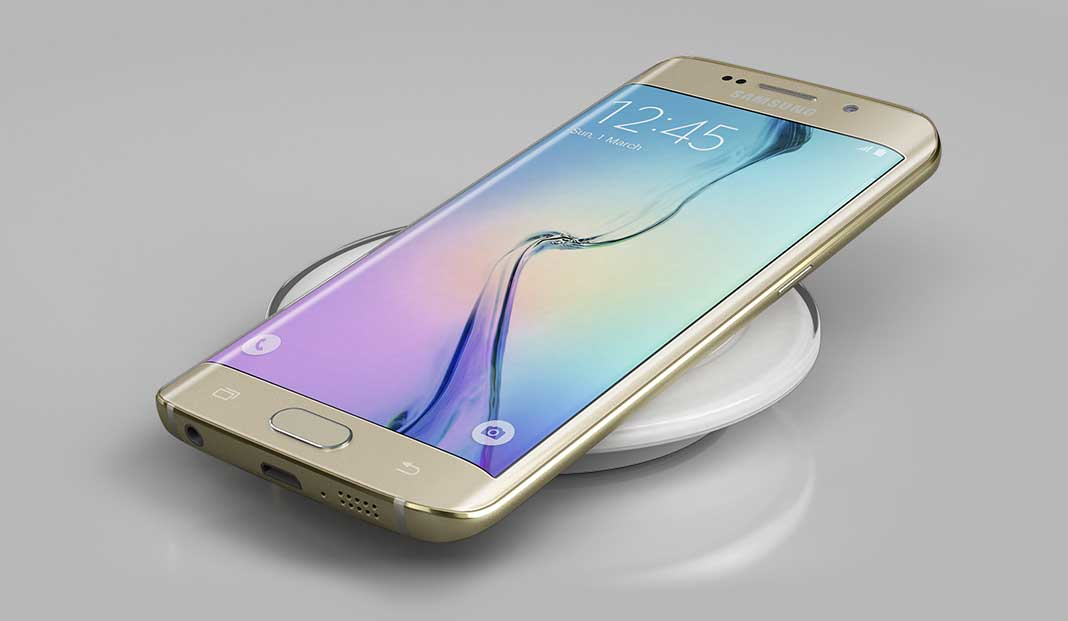 It seems that the much awaited update to Android Nougat 7.0 for the Galaxy S6 isn't as far away as it was previously thought. A recent score on the Geekbench 4.0.3 benchmarking app clearly shows the Galaxy S6 running on Android 7.0 Nougat. Samsung usually tests out its devices with the latest Android OS on popular benchmarking apps, prior to releasing the final version. Therefore, the final build might be ready to roll out sooner than we thought. 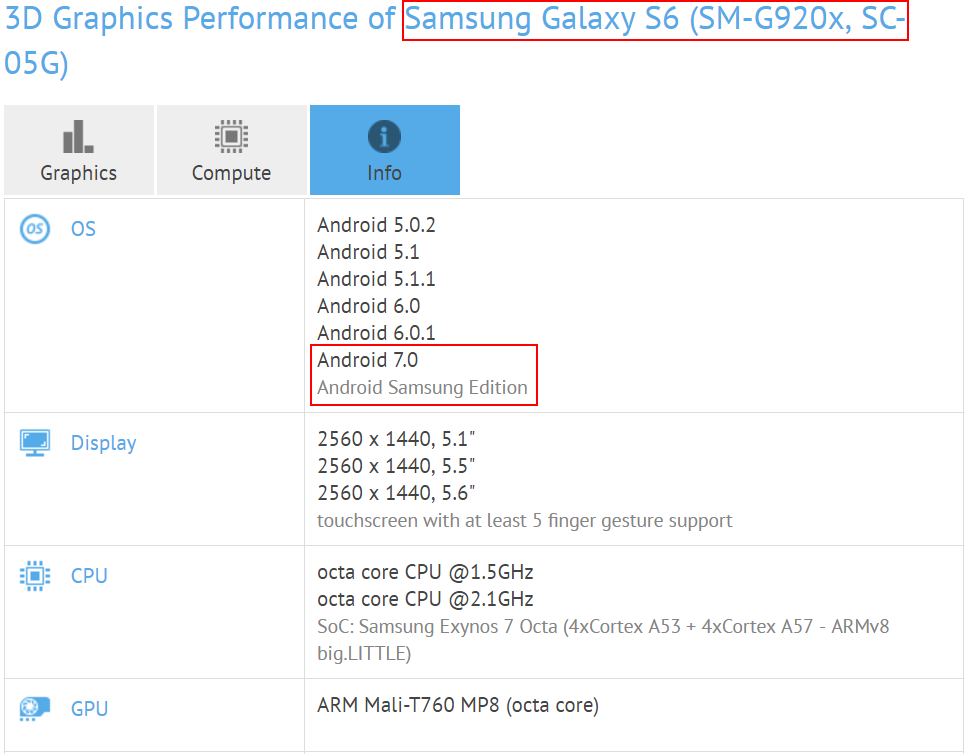 Although the phone is almost two years old now, the scores are still pretty impressive at 1369 for Single-Core and 4577 for Multi-Core. They are in fact, even higher than what we are used to seeing on the Android Marshmallow versions. Then again, the entire thing could be fake as the Nougat update is still at its beta stage even on the S7 and S7 Edge. 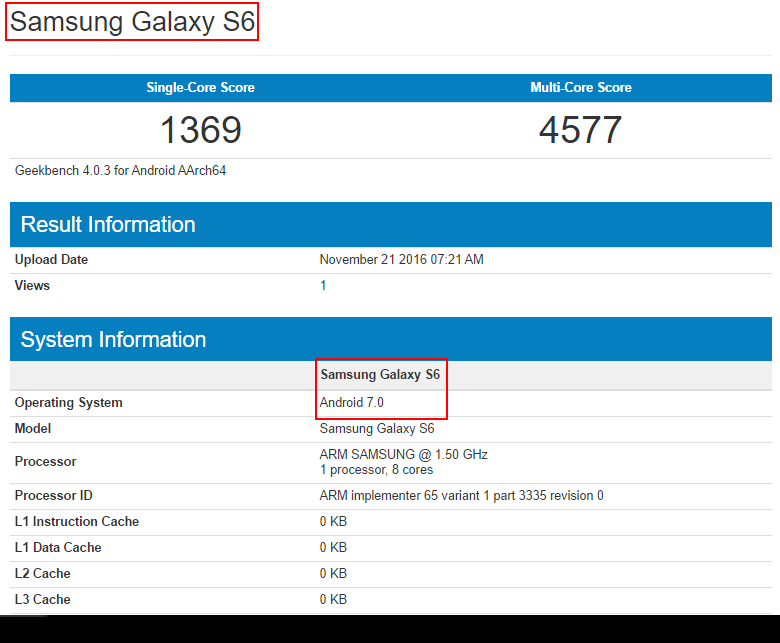 The results were reportedly found on GFXBench, which seems to have removed the report from their database since then. Check out the screenshots, as published by GalaxyClub to take a look at what we are talking about here.