Yesterday, Google Nexus 7 tablets has Officially started shipping from Google play. Just after the customers in US and UK got their hands on the device, the Google Nexus 7 got its first OTA update. It's a minor one, the update is about 1MB and it takes just seconds to apply.

The Update Improve the performance and system response of the tablet, Increase Google Now speed for fetching info from the web and other minor changes too. 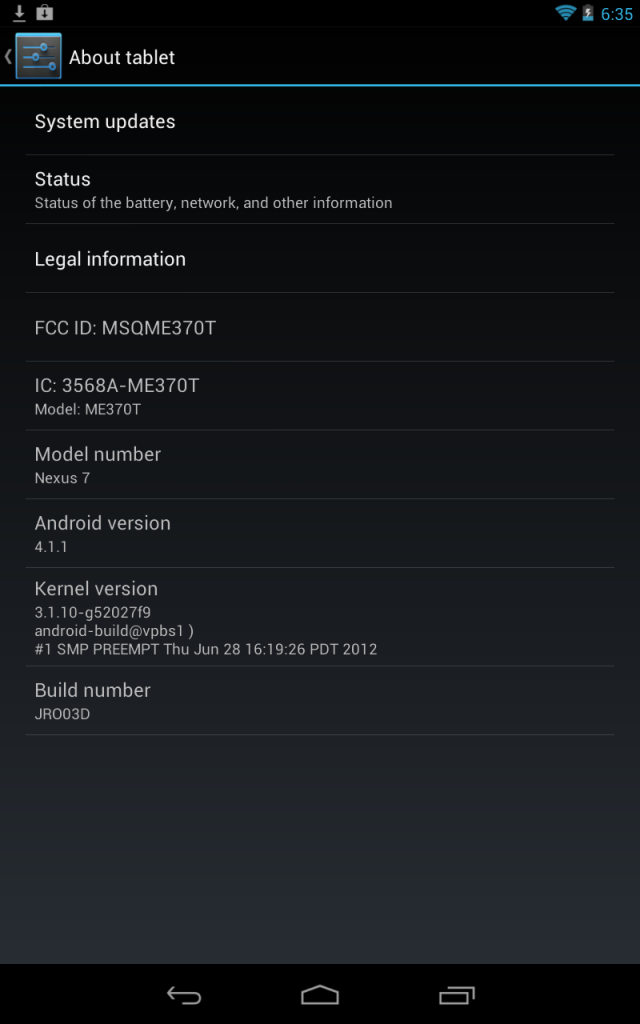 As you would expect from such a minor file, it brings no major changes to the user experience whatsoever. So far, the only differences spotted are some extra info in the "About" screen (photo Above) in settings and the change in build number from JRO03C to JRO03D but still Android 4.1.1 Jelly Bean.