We reported before that the Upcoming Google tablet will be Named the Nexus 7 and will be made by ASUS that will be reveal on the Google I/O Event this Month, The latest rumor comes straight from Picasa (The Google image hosting and sharing service). Apparently, photos taken with an Asus Nexus 7 tablet have been posted there, or at least that is what the EXIF data of the images suggests. 1280 by 960 is their resolution, although they have most likely been scaled down prior to being uploaded. 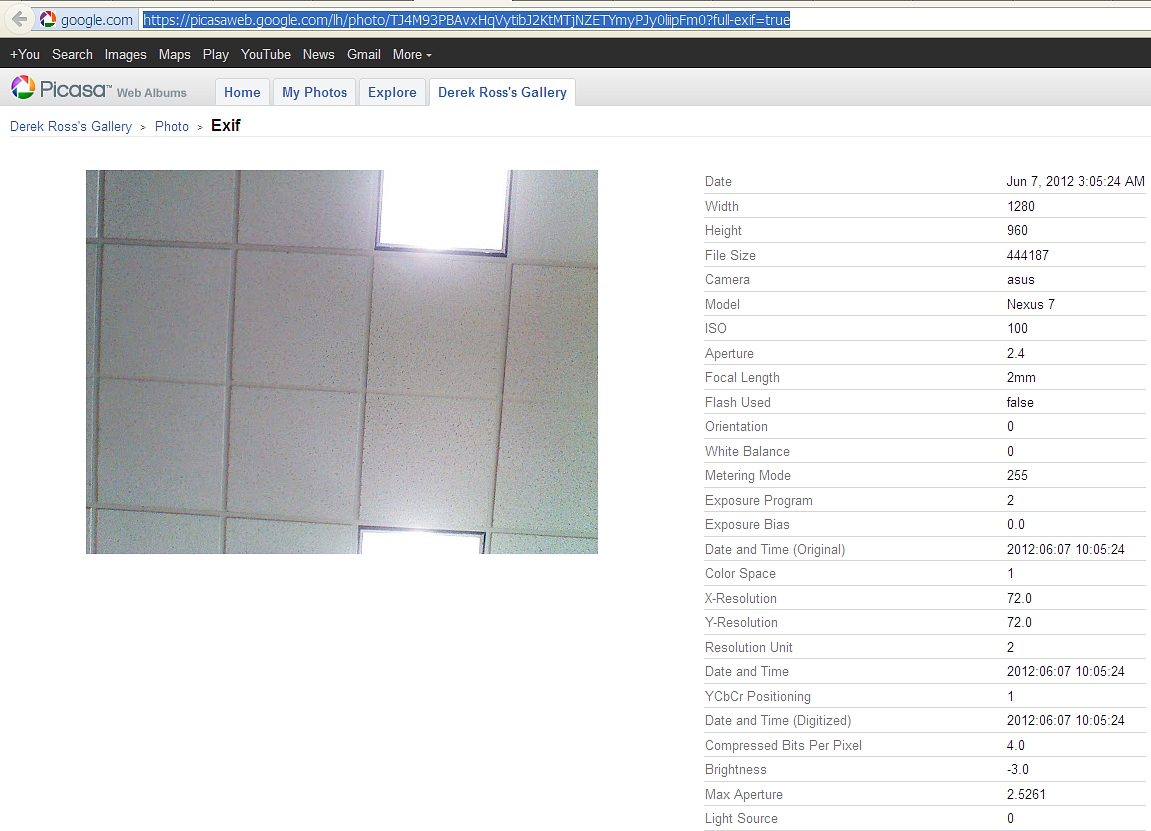 It seems like we have more evidence suggesting that a 7-inch Google Nexus branded tablet made by Asus is to be unveiled. But then again, EXIF data can be altered, so do no treat these as any hard evidence. The truth shall be known later this month at Google I/O.