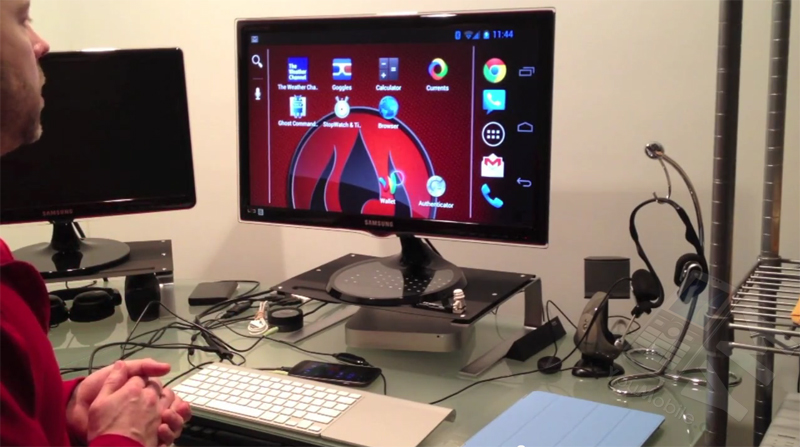 Did you ever thought about using your Android Smartphone as your Desktop PC ?

Well, Christian Cantrell did thought about it. Cantrell posted an 8 min Video on his Youtube channel showing how he used his Samsung Galaxy Nexus as a Desktop PC with Android Ice Cream Sandwich 4.0.1 (Not rooted) with some cables (that you may already have!) which will only cost you about $20-40 ONLY. 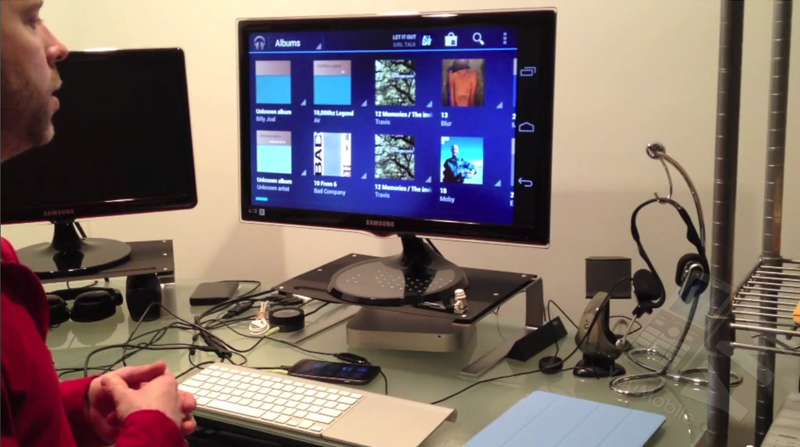 Cantrell showed that with only some cables and a little experience can make a useable Android-Desktop Computer with a big screen, Android devices Nowadays have enough CPU and RAM to do this, Here is the Stuff that Cantrell used to create the Android Computer: 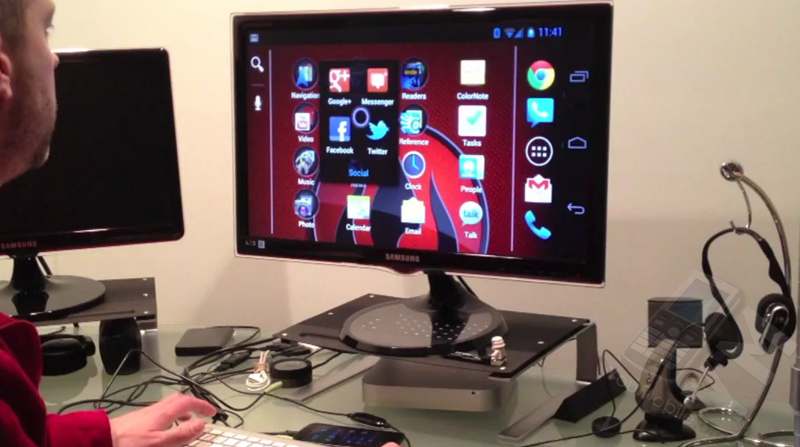 He also showed how useful is the Ice Cream Sandwich Software Buttons as he no longer need to touch his phone, He can simply use his trackpad or mouse to click on the buttons which appear on the right-side of the screen as you can see on the screenshot above. So you have sound-output, Display-output, Wireless control, wifi ,Internet access and your phone is charging at the same time. What you need else? pair of bluetooth headset and you are good to go (or good to stay home!). 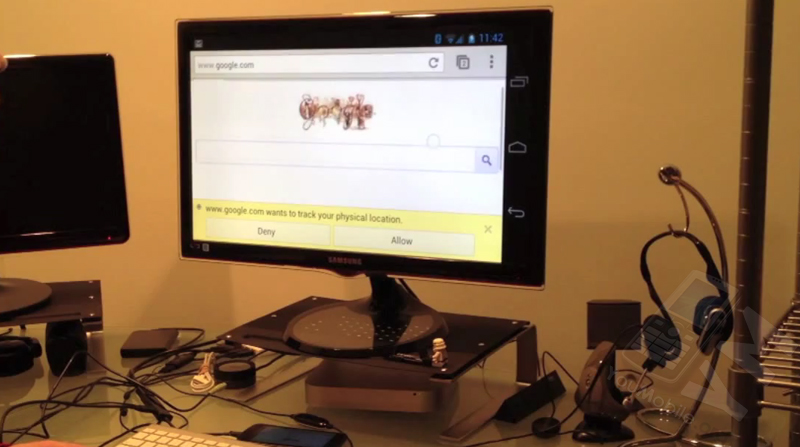 Chrome For Android and More

He shoed on the video Chrome Beta for Android running very smooth, Google Music, Notes, Facebook, Folders, Search, Gallery and all other Apps with no lag or anything. So, How much it will cost you to do that ? $20-40 depending on the cables prices that may vary between phones and retailers.