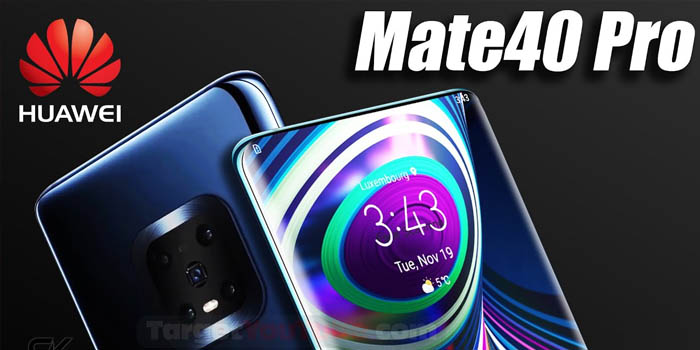 Huawei officially confirmed the release of another smartphone that will be hitting the market alongside another smartphone - the Huawei Mate 40. The mate 40 series is the next smartphone series of the earlier Huawei Mate 30 and Huawei Mate 30 pro E. The phone was first known with a code-named LIO-ANoom as per the ministry of internet industry and information technology informatics. According to the report, the specs are almost the same as the previous one.

Huawei Mate 40 series will be launched on October 22, as per official announcement. Both the Huawei Mate 40 and Mate 40 Pro are expected to be announced during the event. The devices are powered by Kirin 9000 SoC processor, which is the last processor due to the US sanctions carrying TSMC chips. Both are rumored to have 50MP rear cameras, in addition to an 80MP ultra-wide camera for Mate 40 pro. The design will be similar to Mate 30 series from the past, with a massive circular camera bump on the back housing.

As per the reports, the phone features a curved display screen with bangs. The phone comes with a pre-built sky blue cover. The upcoming device will contain a circular camera housing with 32MP to 40MP camera sensor. The phone will feature a 6.53-inch OLED display with Kirin 990 processor with 5G network support. The device has a high refresh rate up to 60Hz. Huawei powered the phone with 40W fast charging that can charge 4,400mAh battery in less than half-hour. The design resembles the Huawei Mate 30 Pro, with a 5G version. We don't know the price yet, but the basic features of the phone hint an affordable price range for the phone.