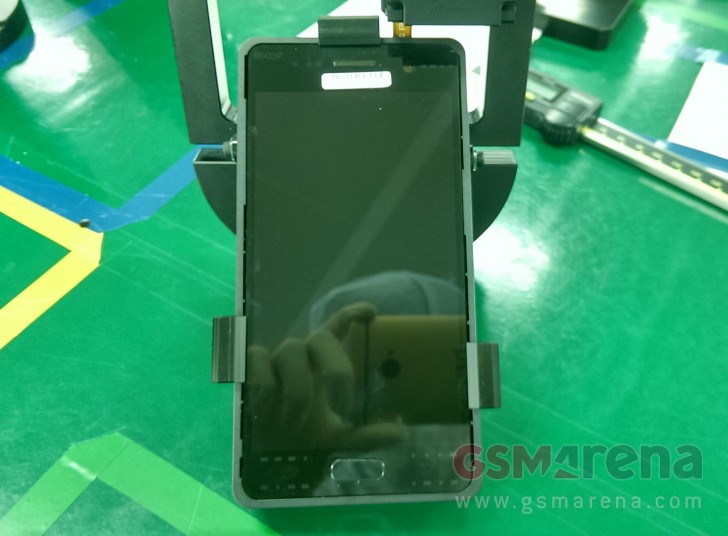 Although the Samsung Galaxy S7's supposed launch date is still about a month away, most fans are already aware of its rumoured specs. We may even have a pretty good idea about how it will look! To add to this "preview" of sorts, two new photos have been leaked. From the look of things, it seems that they were taken in a Samsung production unit itself. 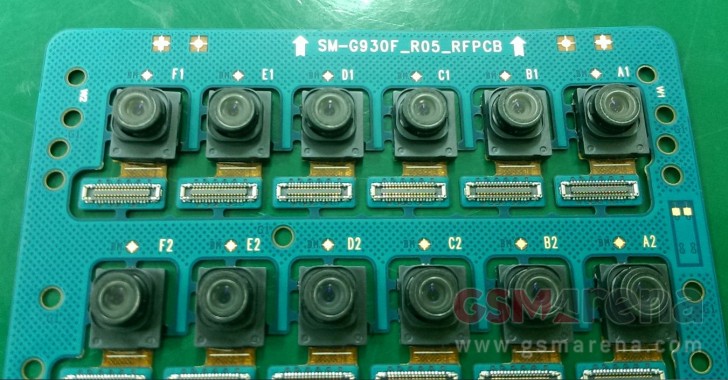 The first picture shows a total of twelve camera modules on a single factory board. Each of the modules has a number assigned to it that has been printed on the portion of the board that's right above it. On the top row, the modules are numbered from right to left alphabetically, starting with A1 and ending with F1. Similarly, on the bottom row, the numbers run from A2 to F2.

"SM-G930F_RO5_RFPCB" is printed on top of the board which confirms that these are indeed front camera modules for the S7 as SM-G930F was previously leaked to be the assigned codename for the Galaxy S7 Exynos version. The RO5 marking is probably there to indicate that this is the 5th revision for the modules. It looks like the new front camera will have its connector offset on the side, instead of being on its center like the Galaxy S6's front camera.

The Galaxy S7 is seen in its full bodied avatar in the next image, which has allegedly been shot with the first HTC One! Actually, it is not really full bodied as none of the design aspects which will make it to the final version are visible here. The picture simply shows a developer's version of the S7 being tested. Efforts have been made to even hide the brand name with a sticker right on top of the Samsung logo. The iconic Home and Back button designs however, clearly give it away.