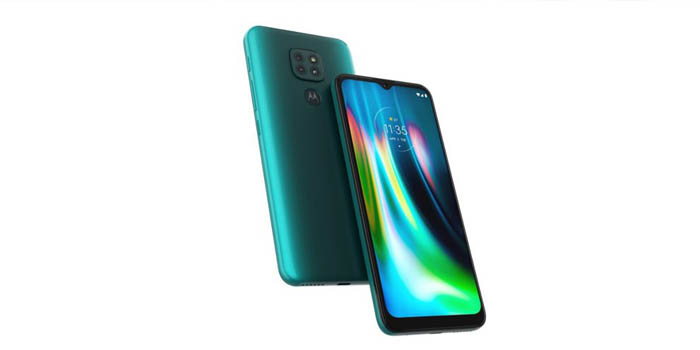 The Moto G9 by Motorola has launched in India officially with the affordable smartphone likely to reach other countries in the near future. Thanks to competition in the mobile industry, we are not short of budget-friendly smartphones but the Moto G9 is yet another addition to the list that includes less than $200 price tag. Moto G9 is the direct descent of the Moto G8 that was launched earlier this year, with the price you might expect from the series. The phone doesn't claim to be heavy-duty and has some modest features.

The Moto G9 comes with a large 6.5-inch HD+ LCD screen with 1600 x 720 resolution and a 20:9 aspect ratio. Inside the Moto G9 comes with Qualcomm Snapdragon 662 chipset, 4GB of RAM, and 64GB of internal storage. The phone comes with an expandable storage option via a microSD card. The phone features a massive 5,000mAh battery that also supports fast charging. With the USB-C fast charger that comes along with the device, you can charge up to 20W charge speed. The device has a notable fingerprint scanner on the rear side, support NFC that is needed for mobile payments, and a water repellent coating. This isn't the same as an IP certification by a stretch but it can save your phone from a few splashes here and there.

The phone comes with three cameras at the back including a 48-megapixel primary camera, a 2-megapixel depth sensor, and a 2-megapixel macro sensor. At the front, the phone features a dewdrop notch that is capable of taking 8-megapixel shots. The Moto G9 is set to go on sale in India starting from August 31, 2020. The phone will be available for around Rs. 11,499 or around $155. It will be available in two colors - sapphire blue and forest green. Given the date, we can expect the phone to be available in other global markets over the coming weeks.