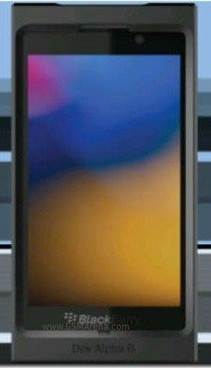 Mysterious render image BlackBerry device was "accidentally" leaked on the RIM's developer website. The device apparently is called Dev Alpha B a successor to the current Dev Alpha device, used to test out the still unofficial BlackBerry 10 OS. The render was quickly pulled down from the site. 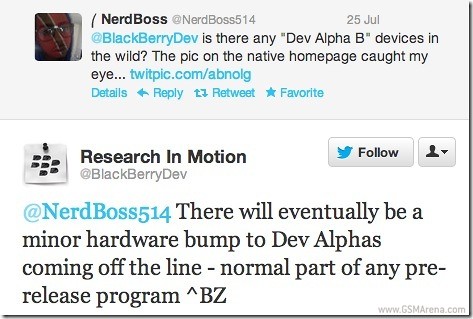 A twitter follower of @BlackBerryDev went ahead and asked the guys for some info on the mystery device. He got a response that the Dev Alpha B will be an eventual hardware bump to the current Dev Alpha.