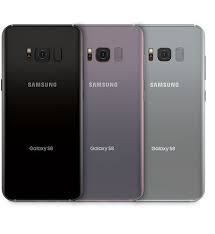 Samsung Electronics has appointed D.J. Koh, the big boss of mobile research and development, as the new chief of the company's mobile communications business. This move comes after setbacks in Samsung's mobile business during the operation period of the former head J.K. Shin, including an underestimation of demand for the Galaxy S6 edge, while overestimating demand for the Galaxy S6 with a non-curved screen.

Actually Samsung's growth deteriorated in early 2014 as Apple experienced something of a revival. The demand for its iPhones, particularly in China increased, while low-cost Chinese smartphone makers Xiaomi and Huawei also got boost in sales. Just like the problems faced by Nokia some years ago, Samsung's mid-range smartphones have been getting crushed on both the high end and low end by its competitors.

Analysts said that the moves at the mobile division were an apparent admission that the change was very much needed, as they did not expect a new strategy to come up any time soon. According to Chang Sea-jin, Korea Advanced Institute of Science and Technology business professor - "Koh is basically the same person as Shin". Analysts have reported that Samsung needed to ramp up its software and services offerings to rejuvenate its mobile business, but Koh, who has held mobile business roles since 2006, had an engineering background like Shin. Chang said that "There is no real change and Samsung appears to be continuing on the hardware-centric path".