Samsung GALAXY Note 10.1 Officially in the US, On Sales Tomorrow

Samsung GALAXY Note 10.1 Officially in the US, On Sales Tomorrow

Samsung just launched the GALAXY Note 10.1 tablet in the United States. The announcement came at a dedicated event in New York. 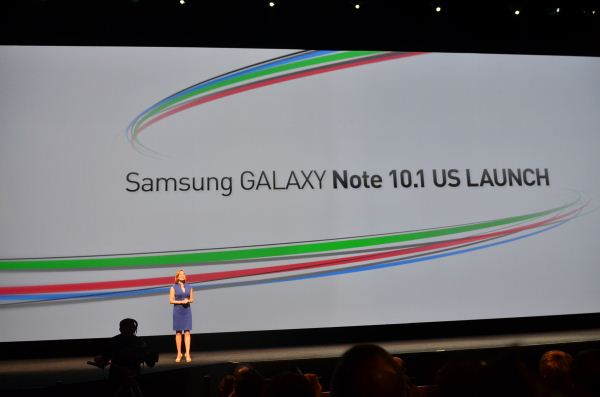 Sporting a 10.1-inch display with a 1280x800 resolution, the tablet has some serious horsepower under the hood. It runs Android 4.0.4 Ice Cream Sandwich with a splash of TouchWiz on top on the powerful Exynos 4 Quad SoC, featuring 1.4GHz quad-core CPU with 2GB of RAM.

The Galaxy Note 10.1 is available in 16GB or 32GB Wi-Fi and 3G variations, expandable via the microSD card slot. It also comes preloaded with cool apps like Adobe Photoshop Touch and Adobe Ideas, S Memo and S Note, which really take advantage of the included S Pen.