Samsung Galaxy Beam Coming to Europe and UK in June

Samsung Galaxy Beam Coming to Europe and UK in June 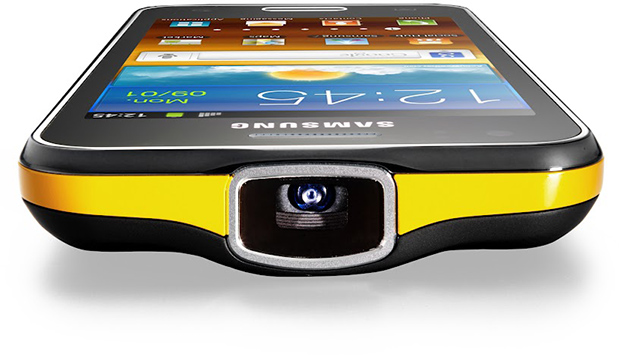 GALAXY Beam is finally coming to Europe, The UK retailer Carphone Warehouse has added the Samsung Galaxy Beam to its list of upcoming phones and it should be out this month. It is confirmed that the handset will feature the ST-Ericsson NovaThor U8500 chip. The device is coming by the end of June.

As to the Samsung Galaxy Beam itself, it definitely takes the highlight with its 15-lumen built-in pico projector, spreading out the lumens into a 50-inch picture with a resolution of 640x360 pixels. The phone manages to still remain not too thick with its 0.49-inch (12.5mm) body. Aslo, it packs the usual dual-core 1GHz processor and both a 5MP rear camera and front-facing snapper.