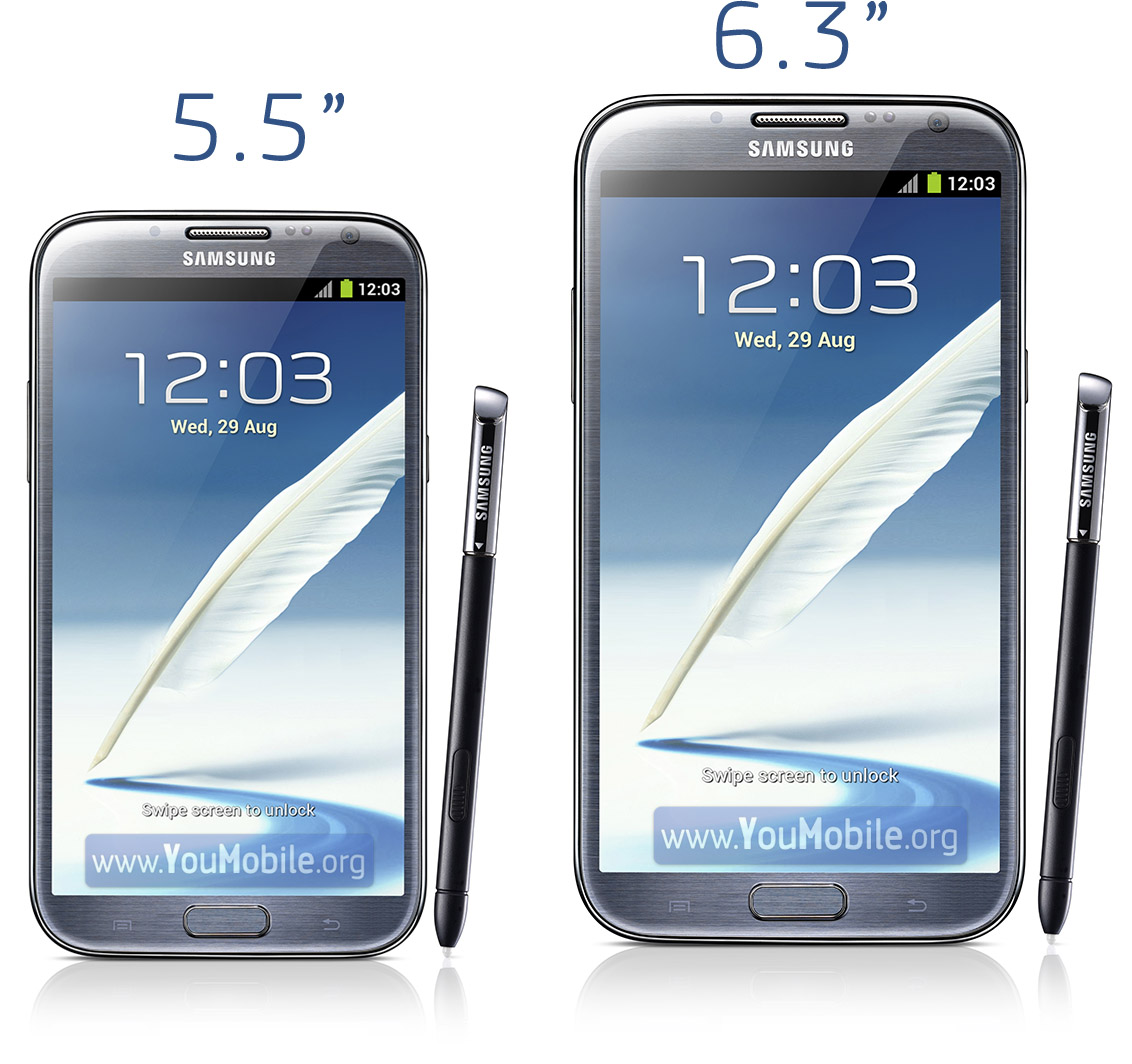 Samsung GALAXY Note II is currently the most recent flagship device released by Samsung, It's a 5.5-inch Phablet that merge between two portable devices, a Smartphone & a Tablet... This new kind of devices (Phablets) is doing very well on the market.

According to the latest reports, Samsung is currently developing a device with a 6.3-inch screen that will be called the Samsung GALAXY Note III, the device will have Full HD 1080p display with a resolution of 1920 x 1080 and 16:9 ratio, the Pixel density will be about 350 PPI which is Great. The device will launch by late 2013.

"In a related note, the world's biggest technology company has been developing the Galaxy Note III with a 6.3-inch screen using an OLED display, according to officials from a local parts suppliers" - KT Korea

Samsung local parts suppliers reports that the display type will be an OLED display as Samsung is making cuts from its LCD factory, These cuts will be spent on OLED flexible displays for future products. This will allow Samsung to differentiate in the space and focus on organic-LED displays. In 2013, Samsung will be using the AMOLED technology on its high-end products only.

"With money saved from LCD restructuring, the firm plans to spend more on OLED and flexible displays" - KT Korea