We all know that Samsung has officially announced the release date of the Next GALAXY, aka "Galaxy S III" flagship which will be on 3,May in london. Today we've got some exclusive info and specs of the Next GALAXY phone from samsung.

Sources from UK telecoms confirmed to CNET that the Samsung Galaxy S III will be a minor update from the S2 with a bigger screen 4.7" 720p that shows a five column UI (Photo below), rather than four columns on the S II and its 4.3" screen which will give it a good 310ppi density to be very close to the iphone's retina display. Also the Galaxy S III was confirmed to have Samsung's own Exynos Quad-core chip clocked at 1.5Ghz along with a 1GB RAM. 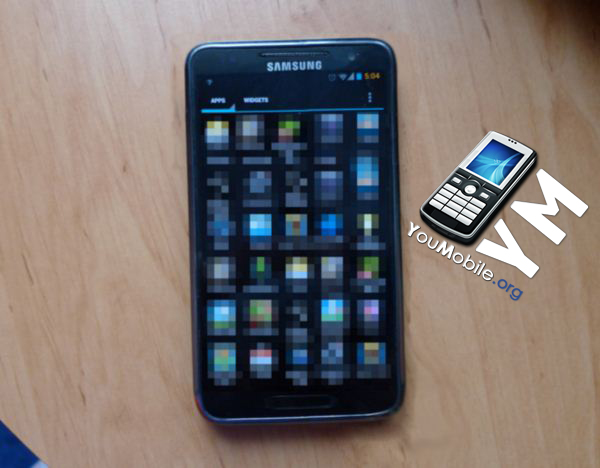 Also a new interaction feature is reportedly to be integrated on the Galaxy S III, It's called "Human Interaction" by Samsung and will use the front-facing camera to keep track of where your eyes are pointed and it will lock the screen when you look away.