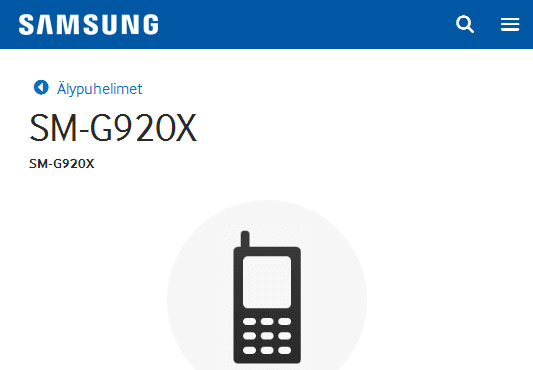 Samsung has just published support pages for the upcoming smartphones, the Galaxy S6 (SM-G920X) and the Galaxy S6 Edge (SM-G925X), on its official Swedish and Finnish websites.

Sadly, These pages lack any images or information about the devices themselves, but it goes on to confirm that the dual-sided curved edge screen variant of the Galaxy S6 will be named as the Galaxy S6 Edge. We believe that SM-G920X and SM-G925X might actually refer to possible European variants of the devices the SM-G920F and the SM-G925F.