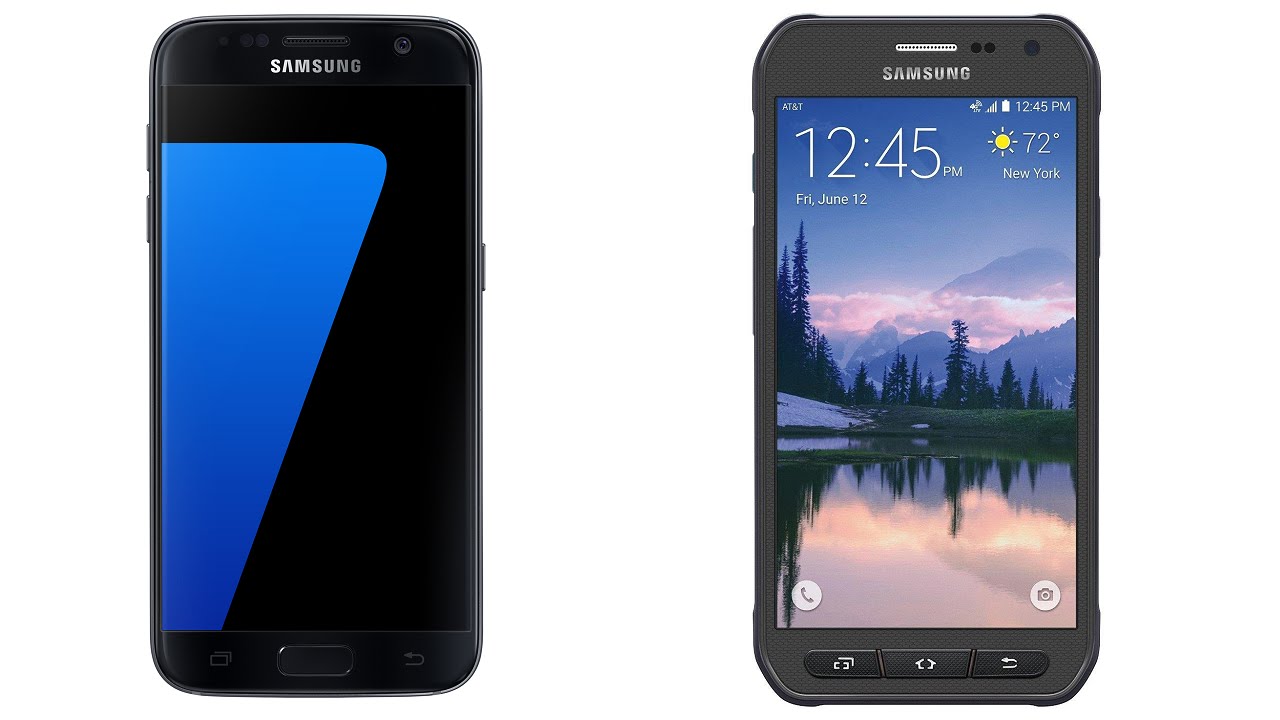 Phonebuff recently conducted a drop test comparison to see if the Galaxy S7 Active really is as rugged as the manufacturer makes it out to be. There were five rounds involved in the test and they were the back-drop test, the bottom-drop test, the side-drop test, the face-drop test and a bonus durability round which involved continuous drops by the test team.
The S7\'s glass back gave way to minor damage on the very first round when it developed spiderweb cracks after the back-drop test. The S7 Active on the other hand, developed only a few negligible marks on its rugged back. The second round saw no clear winners but the S7 once again showed signs of injury on the side-drop test, while the Active was completely protected by its rubber casing. The S7 got completely destroyed in the face-drop test as its display shattered and cracked painfully after the drop. The Active version, confirmed Samsung\'s claim of the device sporting a shatter-proof display (from 5-feet max) by not showing even a scratch, post the face-drop. The team gave up when the S7 Active remained \"active\" after dropping it about 50-times from a considerable height during the bonus round. In fact, it could still make calls without any issues even after such a shocking ordeal!

The Tougher cousin of the S7 proved that you are not going to pay the higher price of $795 for nothing, should you choose the S7 Active. It is exclusive to the US and can only be bought from AT&T. The hard-hitting device is available in Sandy Gold, Titanium Gray and Camo Green color options.