Under the hood the Nexus 10 packs Samsung's Exynos 5 chipset with a two Cortex-A15 cores running at 1.7GHz, a Quad-core Mali T-604 GPU and 2GB of RAM. So we have no doubt it'll absolutely fly with the Android 4.2 Jelly Bean, which the slate is running out of the box.

It has 9,000 mAh battery and according to Google the battery is capable of delivering 9 hours of continuous video playback and 500 hours stand-by. 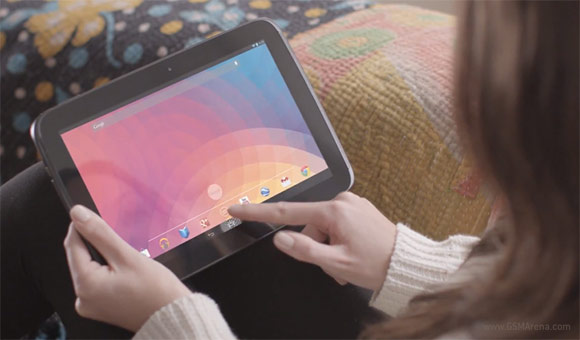 The Nexus 10 will be available on November 13 on the Google Play store in the US, UK, Australia, France, Germany, Spain, Canada and Japan. The 16GB version will retail for $399, while the 32GB edition will go for $499.