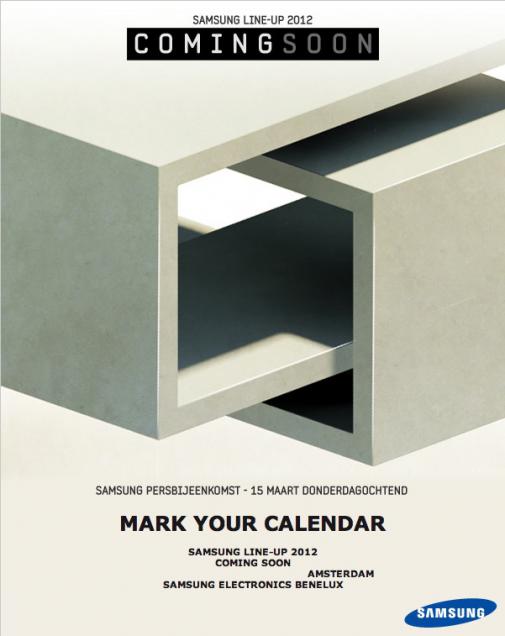 The Event date is March,15 which is very close to the End of the MWC 2012 (28Feb- 2Mar), Thats Why Samsung announced before it will not release any new smartphones on the MWC. Its time to see the Galaxy S III, the long waited successor of the Galaxy S II and the scanned ICS device from Samsung.

If you look closely to the Invitation Poster above you will Notice a "3" !