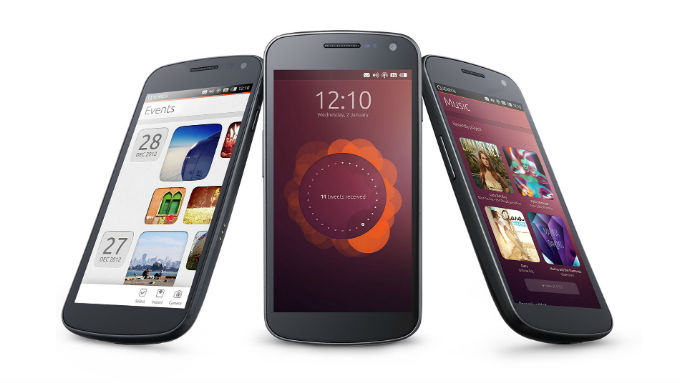 Canonical founder Mark Shuttleworth, said that the work to put Ubuntu on phones and tablets should be done in time for the release of Ubuntu 14.04 in April 2014. In the announcement today, Shuttleworth said that the Ubuntu Phone OS had been designed from the ground up to offer a "crisper, sharper" experience on low-end phones.

He expects these low-end phones to drive adoption, much like Ubuntu's Linux-based cousin, Android. Ubuntu will have a "lean mode" which would run well on a device with an A9 ARM processor and 1GB RAM, and a "heavy mode" for high-end hardware. Shuttleworth says that Ubuntu will also target emerging markets by offering a "less complex" user experience than the competition.

In the demo showing off the phone (Watch it below), Shuttleworth showed how that "less complex" experience may look. For instance, an Ubuntu phone won't have a lock screen, but rather a "welcome screen" which will be personally tailored to you and the information you want. Ubuntu will also supposedly offer more screen space for apps than other platforms.