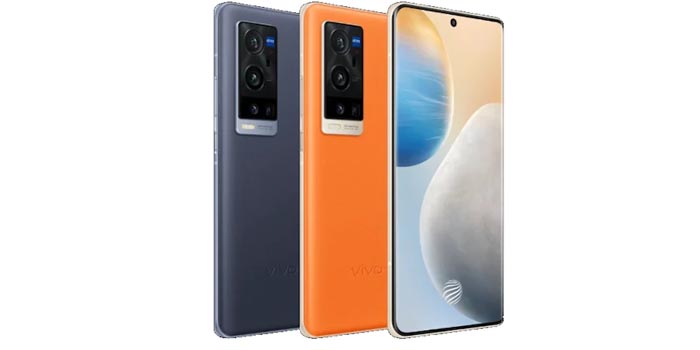 Vivo has opened the online pre-order booking of Vivo X60 Pro+ in China. The company has already revealed some specs that confirms earlier rumors as well. As per the official page being listed on Vivo's online store, the smartphone will be powered by the Qualcomm Snapdragon 888 processing chip. An earlier report suggests that the smartphone will feature a 50-megapixel primary camera sensor along with a 48-megapixel ultrawide snapper on the rear side. The smartphone is likely to be a more powerful version of the standard Vivo X60 and X60 Pro mobile phones from the series that was launched in December.

According to Vivo China, the phone is available for pre-order for only CNY 50. This amount will be adjusted in the final sales price of the smartphone. The official listing also mentions that the phone will be released at an event scheduled for January 21 in China at 7:30 pm local time. The phone is available in two memory configurations -8GB RAM with 128GB storage and 12GB RAM with 256GB storage. The picture is posted on the listing page shows a quad-camera setup on the rear panel.

A reputable tipster Digital chat station on Weibo has posted the camera specs of Vivo X60 Pro+. According to him, the primary camera will be using Samsung GN1 50-megapixel primary camera sensor with f/1.6 aperture, a 48-megapixel sensor along with an ultrawide camera lens that has a second-generation micro-gimbal stabilization feature, a 5x periscope telephoto camera, and a portrait sensor.
The listing also shows two color options available for the purchase - classic orange and dark blue. A previous report suggested that the mobile phone may support 55W fast charging. The phone features a 6.56-inch AMOLED display with a 120Hz refresh rate. The Vivo X60 Pro+ uses Android 11 based Origin OS out of the box.