What Makes a Successful Mobile App?

What Makes a Successful Mobile App? 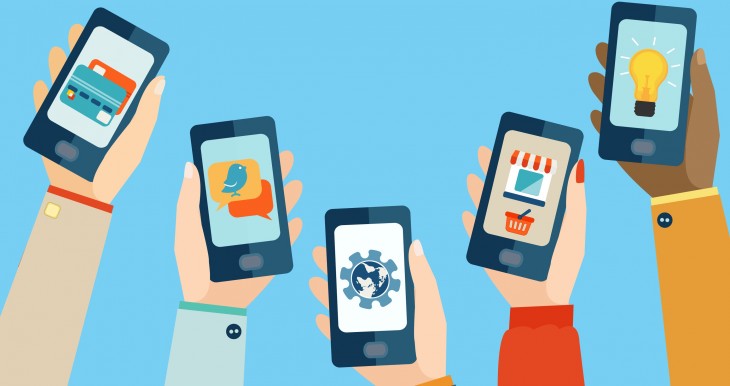 Since the Smartphone term was created back in the early 2000's when we had colour touch screens, this was a whole new era of mobile phones. Since that day the manufacturers have not stopped producing a better version of mobile to beat the previous model. These all phones came with preinstalled functions, now call apps which is short for applications. When you bought a new phone back then, if that model was not installed with a certain app which another model or make had, it was tuff you could not get it!

That, however, is a completely different story today, if your friend has an app you don't, simply go to the store and download it. Not there then no problem, you can go online and download the APK file to then install on your mobile device. This is all so easy and second nature to us now but wasn't always the case.

Mobile Apps did not start appearing until about 2008. This is kind of another landmark in mobile history, it's a total game changer, now you are able to totally customise your mobile device and make it work better for you. In the last 10 years, we have seen hundreds of thousands of apps being released to buy or download for free. All the big manufactures of the mobile platforms have online virtual stores where you are able to visit for your specific device and just go shopping. To basically pimp your mobile to look and work exactly how you want it.

There are not only too many to mention available apps categorised into their sections of fun or usability like games, tools, music, utilities etc. This popularity has seen an explosion of many more app producers and developers than there used to be. Making choosing apps nowadays a bit of a gamble in the way is the app actually going to function and work? Whether it's any good and actually worth the data space on your device? This is only achievable really by personal trial and error, as the app reviews are mostly conflicting, some good reviews and some bad. It gets quite annoying, you think you have finally found that app you have been searching for, it's then either not working or it's filled with bugs and viruses.

So, begs a question, what makes a good app? As there are so many apps of differing nature, we tried to generalise this to what makes the solid base for a successful app. We think there are six main areas where the app needs to succeed.

1.    Keep it simple, don't over complicate things. The best and popular apps only do one thing, and they do it well. This is why they succeed.

2.    Make the app available to everyone, don't forget the minorities. Apps are not only for iPhone users.

3.    Make the app sharable, able to network with friends. Best way to get people using your app is by personal recommendation.

4.    Great functionality let the app do what the user wants, like watch a movie, play a video slot, organise their life or bake some bread.

5.    Its name is very important, either something short and catchy or a play on words to match the functionality of the app. A name that is easy to remember and rolls off the tongue.

If all apps stick to these simple six rules then we are in for a treat, obviously, they will have their own theme, style and functions. Why is it that some people think the more the complicated the better, not the case.