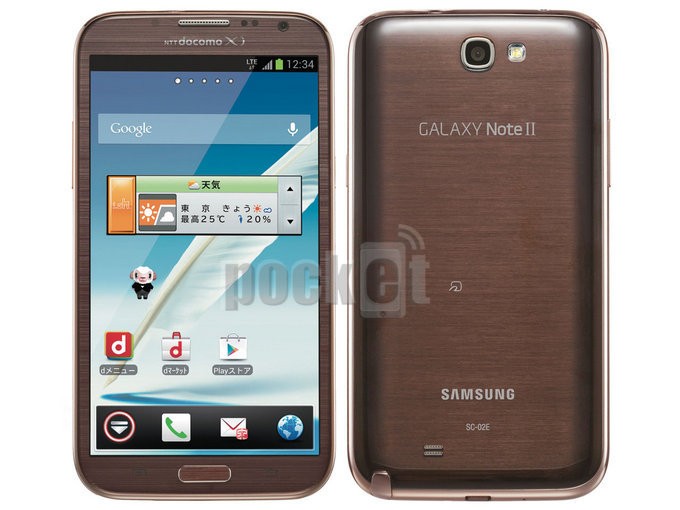 Samsung has officially announced additional cooler colors for the Samsung Galaxy Note II, the name of these new colors are "amber brown" or "ruby wine", given how much success Samsung is having with the 5.5 inch phablet, it's a no brainer to add additional colors.

The S Pen will also get a matching paint job and will take the total number of colour options for the Galaxy Note II to four.

The new colors will be available to South Korean consumers sometimenext week.

Officially announced only in a white color version, the Samsung Galaxy Tab 3 7.0 is going to be released around the world this month. And it seems that it will also be sold in a "golden brown" version.

Leaking expert Evleaks did it again, he posted an image showing the Galaxy Tab 3 7.0 in golden brown, unfortunately without providing any details on it.