Samsung's S Pebble will soon sell in America as Muse. Users using a Galaxy device (Samsung galaxy s II, Galaxy S II Skyrocket, Galaxy S III, Galaxy Note, Galaxy Note II) will be able to connect to Muse and with the aid of the Muse Sync app(download link below), transfer songs along with other data without the need to connect with laptop computer.  The Muse music player features a metal clip, 3.5mm headphone jack, 4GB internal storage and SoundAlive audio tech, and it only costs $49 dollars.

Here's the samsung description on the Muse:

Designed to be the perfect music companion to your Samsung Galaxy handset, Muse is an MP3 player which can interface directly with most Galaxy handsets (see Specs for compatibility details). Transfer usic directly from your Galaxy smartphone to your Muse via the Muse Sync app available in Google Play. The clip-on design makes Muse especially useful for active listeners who don't want to take a phone along on their morning jog.

Samsung is the biggest player in the India's Smartphones Market
Samsung

The India smartphones market during 2H 2012 saw a rise in shipments by 75.2% over and above the 1H 2012 number, taking the overall contribution of smartphones to 6.8% for the full year. In fact, during 2H 2012, smartphone shipments stood at 8.1% of the country's total mobile handset shipments. While BlackBerry was at third spot during 1H 2012, Sony Mobiles displaced the former if we examine numbers for the full CY 2012.

Commenting on these results, Tarun Pathak, Analyst, CMR Telecoms Practice said, "The India smartphones segment has very distinct characteristics vis-à-vis the overall market. We believe the struggle for leadership in the India smartphones market is going to intensify through 2013 as vendors bring new form factors to market."
"Players such as Samsung, HTC and Sony Mobiles will increasingly try to establish leadership through differentiated offerings and by promising a ‘seamless' experience across the four consumer screens - smartphone, tablet, PC and TV. At the same time, home grown vendors such as Micromax, Karbonn and Lava will try to make a mark against their global competitors, by bringing to market powerful, yet attractively priced smartphones in an attempt to widen their appeal and grow the overall smartphone user base", Tarun added.

Samsung Galaxy S5 will have a new music player
Samsung 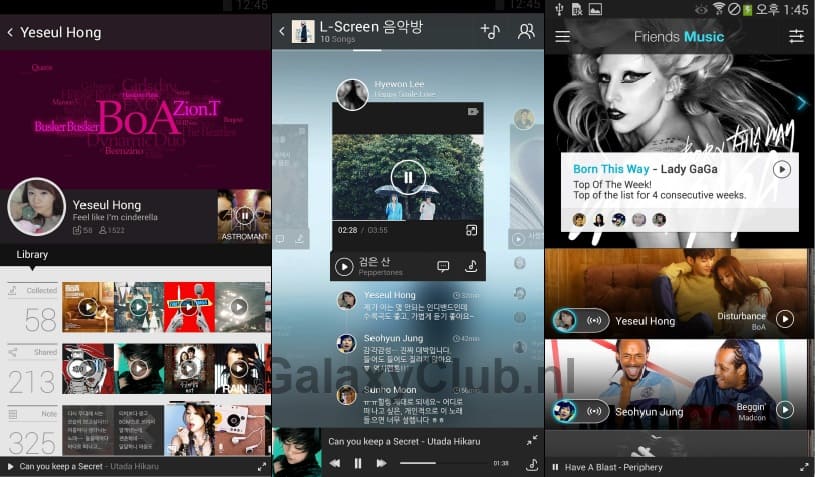 If you are one of those who want applications that feature clean and simple user interface, you might want to try the Beam Player. This is a simple player that directly plays music from your folders. This application features simple buttons and is quite responsive when used on tablets.

It looks quite clean with all the typical buttons but everything on the screen will surely have a major function. No confusing additions and toggles for you to get lost in. All you need to do with the Beam Player is look for your file on your folders and play. The tabs on the top portion also allow you to look into your most recently-played music as well as a "favorites" folder.

Simple controls characterize this music player and one thing that also makes it a good pic is that it fits well in any size of screen. It is now available in Google Play for free and you can shell out an extra $2.01 for an ad-less Beam Player.