Rogers, a Canada carrier has confirmed that it is taking pre-orders for the HTC One. Those who want to get hold of HTC's flagship phone can already pre-order online, so they will beat out others who would also want to try it first among themselves.

Order before March 22nd and you will be eligible to win a Sharp HDTV along with a media accessory from HTC. Furthermore, Rogers will slash at least $100 off if you would exchange your old smartphone for an HTC One. This amount could even be higher if your smartphone's value is more than $100.

However, the caveat is that you will have to stay with the carrier for at least 3 years, which is a typical term for a plan in Canada. Rogers is putting it at $149.99.

Also, HTC looks like they are already allowing bootloader unlocking and are already supporting developers may have better custom ROMs than what the stock HTC One has. This makes it a really attractive smartphone to own.

HTC One mini pre-order in the UK starting tomorrow
HTC

HTC One mini can be currently reserved for 380 British Pounds. That is equal to about 445 euro or $578. In return, one gets a mid-range Android smartphone with outstanding design, and decent specs, such as a 1.4GHz dual-core processor, 4.3-inch 720p display, and an UltraPixel camera that can shoot HDR video in 1080p resolution. To learn more about this device, our HTC One mini hands-on may hold the answers to your burning questions.

MobileFun is accepting pre-orders for both the silver and black variants of the HTC One mini. The smartphone is expected to be delivered to customers in a month or so. 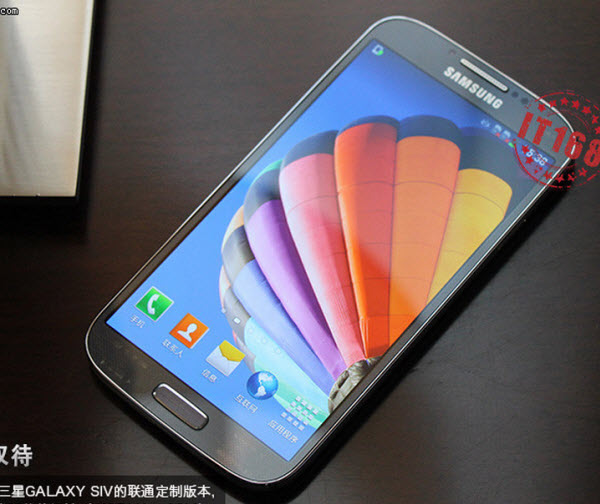 Some network providers have already created a wait list for those who want to pre-order the Samsung Galaxy S IV in a bid to be the first to offer the most anticipated smartphone of the year. Some of those that are in the US are EE, Orange, Three and T-Mo. Interestingly, the Galaxy S IV is said to be LTE-enabled, immediately hinting at one variant.

It seems that the Samsung Galaxy S IV is indeed in the running for making its 100M sales mark, with the kind of reception that network providers from all over the world have shown. It is said to feature an octa-core, which was later on down played by a report from SammyHub showing benchmark photos of the device.

The Galaxy S IV will be introduced in a few hours in Times Squre NY, which is a decidedly Apple bastion. Radio Shack now accepting pre-orders on the Verizon variant of the Samsung Galaxy S4 is . The  electronics retailer is also reserving units of the phone, but for a higher price of $249.99 with a signed two-year contract. Customers spending $30 or more in a single transaction through June 1st, will receive a $10 credit that can be used on future purchases such as accessories you want to buy for your new phone.

Verizon sells the 16GB Galaxy S4 version for $199.99 with new two-year agreements, that's why you'll find it surprising to see Radio Shack ask for $50 on top of that price, with those mandatory two-year contracts still in the picture - the retailer also stocks just the 16GB Galaxy S4 model.

Samsung Galaxy S4 Mini will be available in the U.K. in just a couple of weeks, we're hoping this news means we're one step closer for the device to make its debut in the U.S. In case you need a refresher, the Galaxy S4 Mini will feature a 4.3-inch qHD Super AMOLED display, 1.7GHz dual-core processor, 1.5GB of RAM, 8GB of internal storage with support for 64 microSD cards, an 8MP rear-facing camera, 1.9MP front-facing camera and will run on Android 4.2.2 Jelly Bean.

The Samsung Galaxy S5 pre-orders are roving across Europe and its seems they'll hit the UK in a couple of weeks - the latest information says that Brits will be able to pre-order Samsung's new flagship starting March 28.

In addition, the device features a new 16 MP camera that comes with Selective Focus, a utility that lets users change the focus after taking an image. There is also a 2800 mAh battery that features intelligent battery saving techniques that allow users to extend battery life.