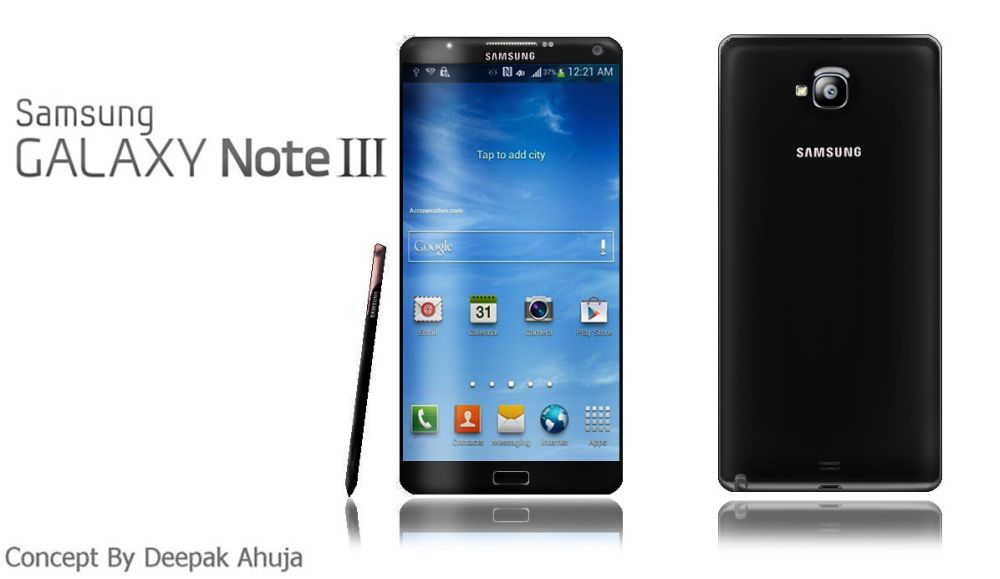 SamMobile reports that the Galaxy Note III will be 8mm thick and weigh 183g. That's a little thinner than the Note II and about the same weight