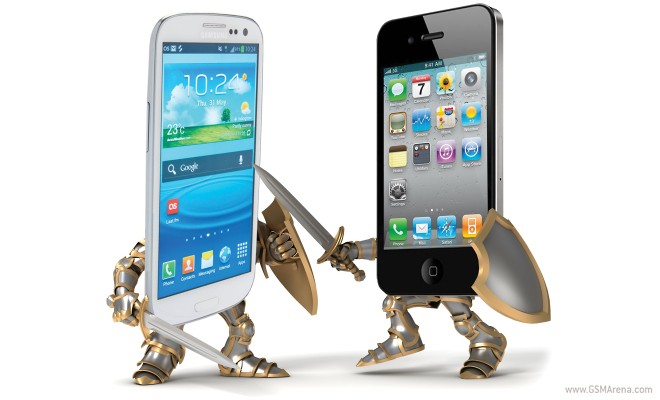 Samsung's Galaxy S3 and Galaxy Note II each scored 84 on a scale of 100 in a smartphone brand study by the American Customer Satisfaction Index. They beat out a trio of Apple's phones-the iPhone 5 and iPhone 4S, which each got an 82, and the iPhone 4, which received an 81.

This is the ACSI's first study of individual smartphones, and the marginally higher scores of the Galaxy phones come at a time when Apple's iPhones are nearly due for a refresh, probably in September.

Apple is allegedly strongly pushing its development of the new iOS 7 platform, which aims to breathe new life into the aging mobile OS. It is rumored to coincide with the development of a new iPhone 5S model alongside a budget iPhone line, which should ideally give Apple a resurgence in the innovation department that's become characteristic of the Cupertino-based tech giant.

Unlike Apple, which has a smartphone-only lineup, Samsung offers both feature and smartphones. At 76, Samsung continues to lag Apple for overall customer satisfaction. Nevertheless, the company's 7% gain in 2013 is a clear reflection of the strength of Galaxy S III.