With Mobile World congress just around the corner, Samsung has unveiled a new cellular product the Galaxy Xcover 2. The idea behind the launch of this phone now doesn't seem to be clear as Mobile World Congress coming up and many new phones are to be unveiled. Moving on to the phone, the features of the phone would directly attract the adventurous people, especially, for the people who want to take some adventurous pictures. The features made for this stuff include the GPS and GLONASS. The phone is water resistant and can remain in water for up to 1 meter depth and up to 30 minutes.

Other features of the phone include: 1.5 GHz dual-core processor and a 5-megapixel camera, there is a physical button for camera for non-stop capturing of images, especially, underwater. An app for fitness program is also said to be installed in the phone. But, still it is undecided on where the phone will be launched. MWC would though be one of the destinations. 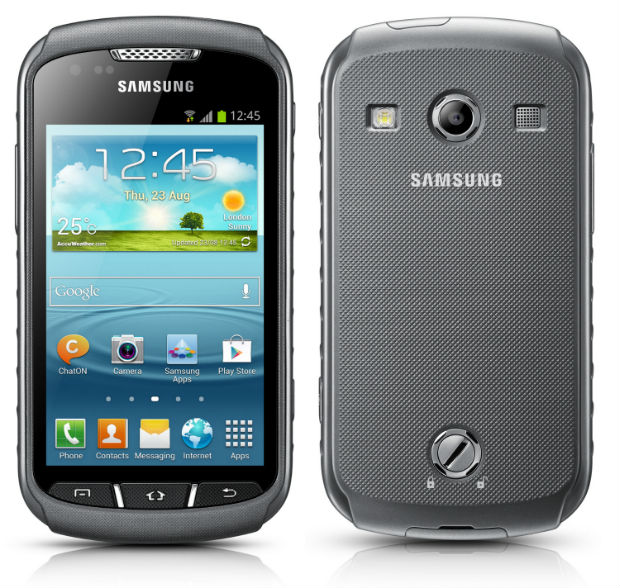 Samsung UK has issued an official press release that the Samsung S7710 Galaxy Xcover2 will be retailing in the UK by March. Having been launched a week ago, it was also expected to reach other markets by February 20.

The Xcover 2 has a dedicated camera that allows it to snap photos under water and is IP67 certified meaning it can endure submersion into a water depth of up to 1m for 30 min. It is dust tight.

Over and above its versatility, the smartphone runs on a pre-installed out of the box Android Jelly Bean 4.1 platform, featuring a 4-inch WVGA touchscreen, a 5MP camera and a dual-core CPU.

Pricing is yet to be announced but, it's not a high-end device with pre-orders running at around the 270 pound mark.