The Dell Aero is unlike any other Android phone you ever used. It does not feel like Android with a skin on top. It feels more like a feature phone with Android beneath. If you are looking for a phone that is slim and light and packed with features, read on for my in-depth impressions of Dell entry into the world of smartphones. 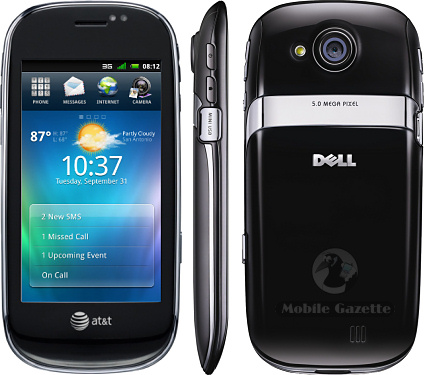 The screen on the Dell Aero looks great. The 3.5-inch display pushes 640 by 360 pixels, which is an unusual resolution for Android devices, but not unheard of. Text looks sharp on the Dell Aero, and pictures look colorful and bright. Outdoors, the screen still performed well. It was easily visible in bright sunlight, and the LCD on the Aero bested the OLED screen on my Nexus One by a mile.

Sound quality on the Dell Aero was also outstanding. My phone calls sounded great. Callers sounded up close and personal on my end. Tones could be a bit warm, with more bass than treble sound, but this wasn’t unpleasant. On their end, my callers reported a slight, occasional hiss, but nothing serious. The speaker on the Dell Aero is also nice and loud. It could distort at the highest volumes, but this was mostly a problem with music. Speakerphone conversations sounded good, even over loud car noise. Ringtones were also loud and clear.

The phone uses ring profiles, a feature that most Android phones lack. I found the profiles difficult to manage; they required lots of menu digging when I just wanted to tap and go. If you want the phone to vibrate, you cannot simply turn down the volume until the phone shakes. You have to dig through the sound profiles to “ring and vibrate," or just "vibrate."

The Dell Aero had no trouble connecting to AT&T’s 3G network. Almost all of my calls went through with no trouble, though a few times the call would fail after dialing and I had to send the call again. Incoming calls found me every time.

The phone was a bit shaky on the data network. Testing the network speed, the phone might be nice and fast one moment, then slow to a crawl the next. Data never stopped completely, but a few consecutive runs of SpeedTest bore this out. Data speeds were simply inconsistent, even sitting still.

I also had trouble with the phone’s Wi-Fi connection. The first time I connected to my home network, everything worked just fine. After a restart, the phone would not connect automatically. When I tried to connect from the Wi-Fi menu, the pop-up screen that asks if you want to Connect, Forget or Cancel the connection did not work; the buttons would not register my taps. I tried multiple restarts, but I was never again able to connect properly.

Dell is out of the Smartphone business, says goodbye to Android
Dell 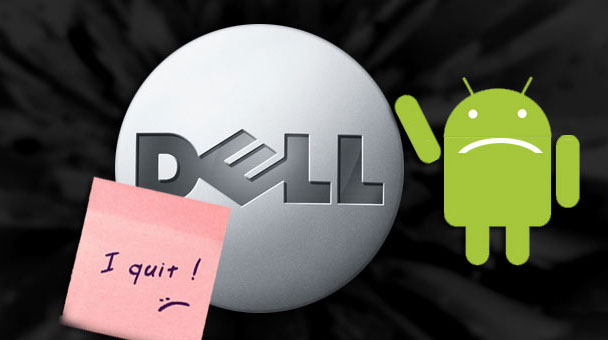 Today, Dell has announced that the company is quitting the whole smartphone business and pulling-out its products from the market starting from next year. If you already bought a Dell smartphone... Hard luck!!

This news was delivered by Jeff Clarke, Dell's head of consumer business at the Dell World Conference. The reason behind the decision is that "It needs a lot of investments to really be successful".

Dell will stick with its Windows 8 laptops and tablets like XPS10, XPS 12 and Latitude 10 are now the headline runners for the consumer's heart, all running Windows 8 or Windows 8 RT.

All the companies are getting ready for the Windows 8 launch, DELL is one of them and its already made a tablet, will be called "Dell Latitude 10" running Windows 8 tablets version. It will be 10" x 7" x 0.4" and weight 1.57 lbs only. We also got the Specs and small photo of this Upcoming Windows 8 tablet too. But No price info thought!

As you can see from the leaked photo above, It's a 10.8-inch tablet, with a1366x768 resolution, Inel dual-core Atom processor, fingerprint reader, Intel graphics (x86 tablet), 2 GB of ram, 128 GB SSD and of course it will be running Windows 8. We should note that it looks a lot like the Dell Latitude ST, naturally the specs have been upgraded and it will run Windows 8.

DELL has just announced it 2013 line-up of PCs & ultrabooks running Microsoft Windows 8 OS and they are all available for Pre-order starting today.

The most interesting device in the pack is the XPS 12. It has a 12.5″ touchscreen of 1080p resolution and with 400 nit brightness, which can be rotated full 360 degrees, making the ultrabook usable as a tablet.

The XPS One 27 is rather pricey, but has very solid specs to show for it. Price starts from $1599 and shipping will start between October 25 and November 1, depending on the model. Here's the product page for the XPS One 27.