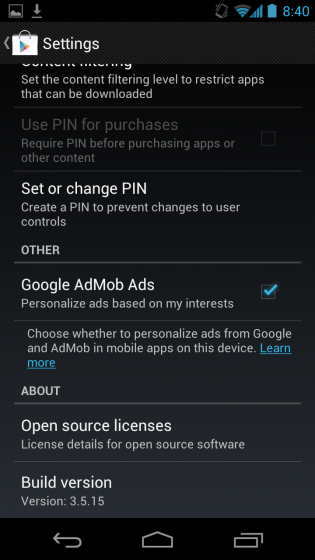 The New Android Market which known now as Google Play Store has received another incremental update to v3.5.15 with some new features, you can Update yours by Downloading the 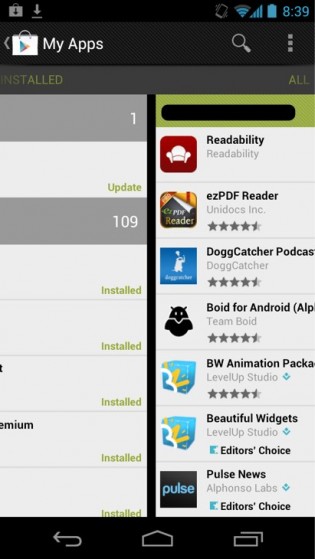 There are two main improvements to the app: under the My Apps menu, you can see Installed and All Apps in a separate tab. This allows you to re-download any app you've previously tried and deleted, or paid for and uninstalled, bringing the functionality more in line with the desktop portal. There is still no option to manually re-install all, or a select portion, of your apps, which would go a long way to building in the same functionality for non-root users as Titanium Backup does for root users.