For years, mobile gaming was related to smaller - and, some would say, lesser - experiences. Simple block games were all that early devices could manage, and this led many to underestimate any potential future the platform could have in AAA gaming.

However, recent developments have opened up both Android and iPhone games to a level many would have thought impossible just a few short years ago. So how did we get here, and what's next for mobile gaming?

In 2005, smartphones made up around 2% of the US mobile market, according to https://www.comscore.com/insights. Ten years later, this proportion had reached 79%, still slowly climbing today.

Having reached many millions of users not just in America but the entire world, it made sense that a wide range of gaming developers and publishers would enter the sphere of smartphone software as well as hardware. As is turned out, this was rarely the case. While many small and new developers saw the opportunities which mobiles represented, most major AAA gaming companies avoided this new avenue near completely.

What eventually drove the modern change in tack is the success of these smaller games, and the adaptations made possible from the iGaming industry constitute a good example. Services like https://www.mobilebet.com/nz made their translations from desktop into mobile gaming opportunities with zero compromises, to show how well it could be done. From slots to live casino games and sports betting, these businesses gave mobile users what they got from their desktop experience, and this is exactly what the iGaming world wanted. Similarly, other niches have also successfully made the transition as well. 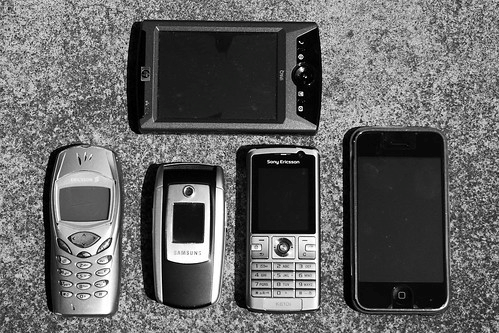 The failure of early AAA game series on mobile platforms was - arguably - primarily caused by a misunderstanding of what mobile players wanted. A fantastically terrible example of this was the Dungeon Keeper mobile game from EA. Fans of the classic Dungeon Keeper series had wanted a new entry for years, and the hoped that this mobile game could bring the IP back into the limelight.

Instead of an evolution of what made the old games great, fans received a massively gimped entry which relied on enormous waiting times designed to strip money from the player. Even Peter Molyneux, the designer of the original game, spoke out against it, calling the new entry "ridiculous" in a BBC interview found at https://www.bbc.com/news.

On the opposite end of the spectrum, for a real uncompromised experience, it was the battle-royale games Fortnite and PUBG which raised the bar. These were near identical to the desktop and console versions and as such were welcomed into the market with open arms.

It took years, but all these elements combined have finally convinced AAA video game developers to step up their game. The likes of Injustice 2 Mobile and Trials Frontier are adopting these lessons more progressively than most. While not exactly the same as their original versions due to hardware limitations, they are at least moving in the right direction.

In the future, we could see what few differences remain in the versions of these games decrease heavily, or vanish completely in some cases. The growing popularity of mobile controllers and the arrival of game streaming services like Google's Stadia mean that fewer concessions need to be taken, and the games themselves keep playing better.

With an increase of power of these devices in the future combined with better infrastructure and more interest from traditional AAA gaming developers, the future - finally - looks bright.