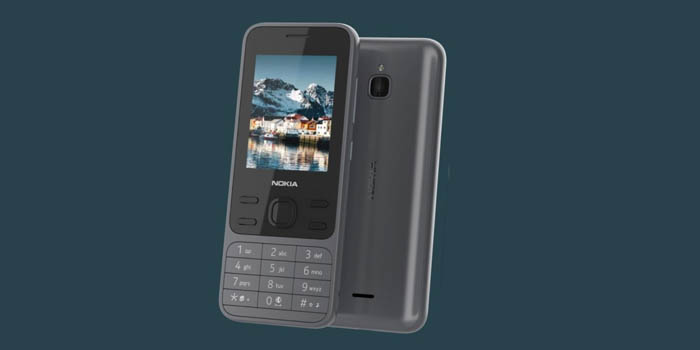 Nokia recently tweeted about the launch of new budget-friendly smartphones for the Indian market. The phones will be unveiled in an event which will take place on August 25. According to some leaks, the company will take the opportunity to launch a feature phone in the event as well. Among the products that will be unveiled, there will be a 4G feature phone as well. This week we got some detail on the specs and renders of Nokia's upcoming 4G feature phone.

One of these products is a new variant of the Nokia 215 that will probably be called as Nokia 215 (2020) or Nokia 215 4G. As it is clear from the name, the phone fells into the budget category and might be the most affordable phone manufactured this year by Nokia. But, to disappoint many, this phone doesn't have any camera. Perhaps, Nokia thinks of people who can't afford an expensive mobile phone with fancy features. The next device is the Nokia 225 that comes with 4G LTE and can run apps like YouTube and Facebook.

According to the reports, the Nokia 225 has already got clearance from FCC. The pictures or renders uploaded on the internet have a date and time on the display of the device that shows August 3, 2020. Probably, the phone was delayed due to the coronavirus situation in the country and around the world. The source wasn't' certain about the name of the third 4G feature phone.

The phone carries the code name Nokia Leo Basic. The Nokia Leo is also expected to feature support for Whatsapp, Facebook, as from being a 4G phone. Further, you will get a dedicated physical button on the side of the phone which is likely to be used as Google Assistant. The feature phones are likely powered by KaiOS. We don't have any detail on the pricing yet, but we can safely assume that these phones will likely be more affordable than any other phone currently in the market with all these features.

After years of hype and teasing of a foldable device, Samsung has done it. Samsung is ready to let us have some hands-on experience with the Galaxy Fold. If you are interested in spending two grand that Samsung is asking for the Galaxy Fold, you can have it after April 24. You probably wondering what it looks like and even if it has something that makes it worth the money. Preorders are already open in the U.S. This phone isn't cheap and definitely not for everyone. The price tag is approximately $2,000. It is actually $1,980. You are really getting two phones at this price.

The first thing people would like to know about with this 7.3" display is whether the crease is for real. Would it be visible? Would it damage the visual experience on this phone or not? The first impression is - yes, it is real. It is visible but not really too obstructive. It is kind of like reading a book that has a folded page. It is not going to stop you from getting the information you need. The other concern people have is that it doesn't close completely and there is definitely a noticeable gap. But if you try to slide a business card inside the phone, you will notice that it won't let you as the phone does close at the ends of the display. The phone when the fold is held together by pretty strong magnets.

There is a fingerprint sensor at the side of the phone but also is the Bixby button. The phone is almost double the size of Galaxy s10 Plus. But then fold it, and it's a lot skinnier but of the same height. The display is made of an advanced composite polymer material but it's not glass so that it can bend. It is not much different from the glass. It may be a little less bright and stunning but you won't feel any difference when it comes to screen clarity. There is also a USB-C charging port at the bottom although you will notice there is no headphone jack anymore. On the side, there are other buttons like power, the volume. There is a triple camera system on the back side. It is similar to Galaxy S10, both at 12MP, wide angle and telephoto. If you fold it, the screen will be of the 4.6-inch screen. Because of the tiny screen, you may feel it difficult to use, in that case, you can open the phone to get a huge 7.3-inch screen.

The crease isn't much obvious when you are watching something with a dark screen but it is a little obvious with light color or white background. So this is where the crease gets more annoying. The full-screen selfie is great when the phone is open. One of the biggest use of the big screen is having multiple apps opened at a time. You can open 3 apps at a time and work like a pro. These apps are resizable but having multiple apps opened there is not much space being left out for resizing. This is powered by dual battery setup and they add up to about 4,000mAh on the battery.