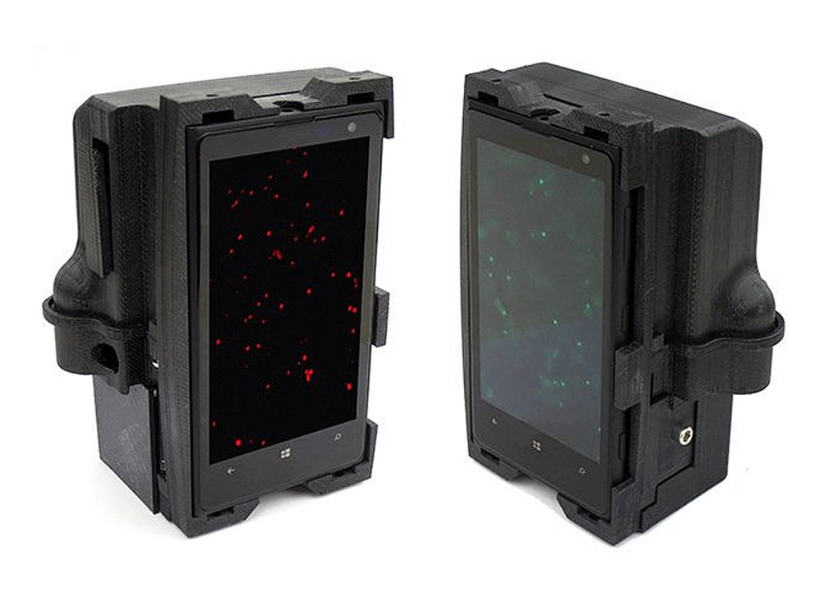 In what could be the most revolutionary use for a smartphone yet, UCLA professor Aydogan Ozcan and his team of scientists from around the world has invented a "smartphone accessory" which has the potential to detect cancer.

This device will basically turn your smartphone into an extremely powerful microscope that is capable of analyzing and imaging DNA sequences; something that is instrumental in detecting DNA abnormalities that could lead to malignant tumors or other harmful genetic mutations responsible for cancer. Consider the fact that building a medical microscope with similar capabilities may take as much as $10,000 to $50,000+, while this "accessory" can be manufactured with a budget below $500! One can only imagine what this could mean for the underdeveloped regions around the world.

The device was built with a 3D printer and the phone with which it was used initially is a Windows powered device. However, the team has assured everyone that the same results can be replicated by using just about any smartphone. All one needs to do is place the concerned tissue sample onto the built-in receptacle and the phone begins snapping pictures of the sample. After enough pictures have been collected, the captured images are checked with a preset algorithm automatically to detect if the tissue sample indeed has any cancerous potential or growths in it.