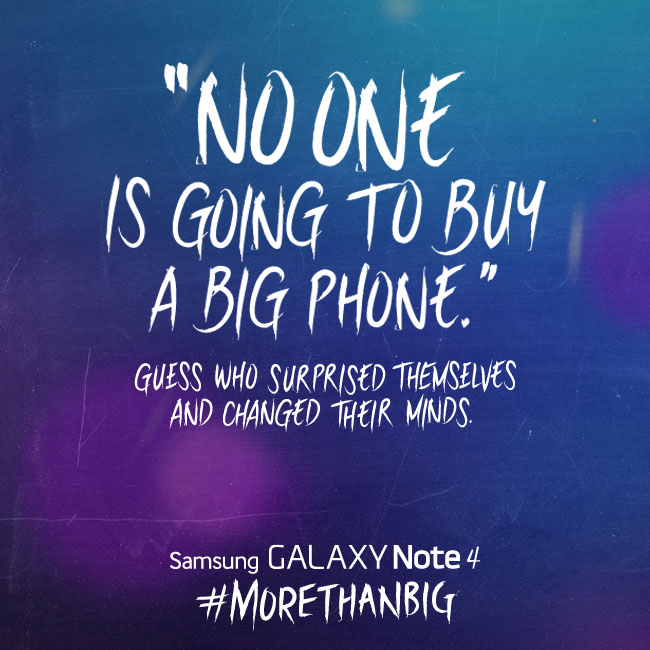 Samsung Philippines tweeted a photo mocking Apple's latest iPhone 6 Plus. Apple's CEO Steve jobs said in the past on the matter of large smartphones "No one is ever going to buy a big phone," The quote from Jobs dates from July 2010 at an event related to antenna-gate (iPhone 4 release)... However, Apple's made a pretty big 5.5" Smartphone!

As you may recall Apple released the iPhone 6 and iPhone 6 Plus at 4.7" and 5.5", respectively, a display size for smartphones, which Samsung embraced long ago. Naturally, the comment on Samsung's side is snarky and goes "Guess who surprised themselves and changed their minds."

While at it, let's also remember another popular Apple ad regarding the perfect phone size, released back when the iPhone 5 became the company's flagship.