Blackjack vs Roulette: The Battle of the Casino Tables
Gaming 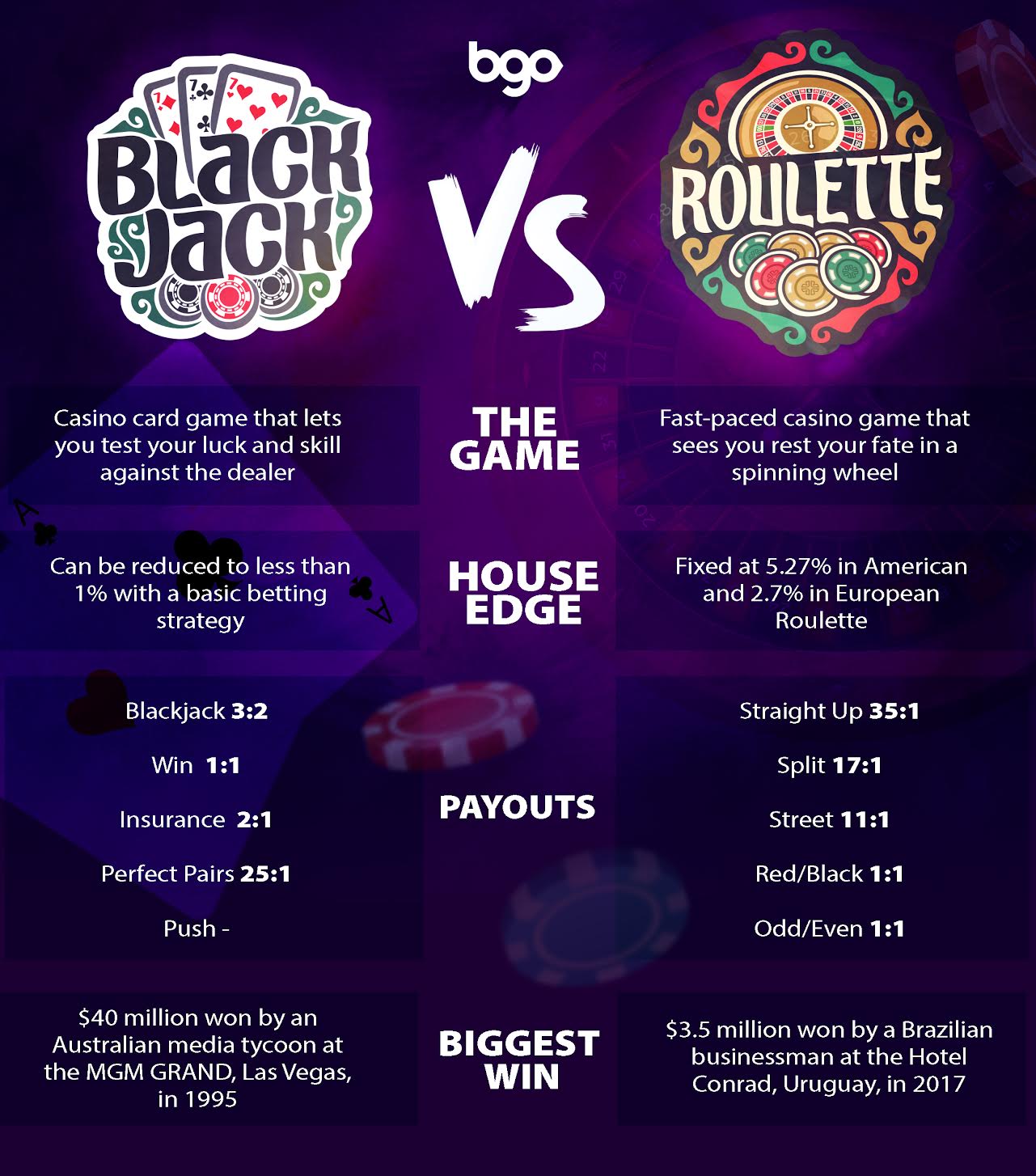 It's a question you'll hear asked by new casino players time and time again: what's a better shout if you're hoping to get lucky, the blackjack table or the roulette wheel? To help you find an answer, we've called in the experts from bgo Online Casino.

If you just look at house edge, says the bgo team, blackjack is the clear winner. Learn a betting strategy that works - you'll find plenty of free guides available online - and you can reduce the house edge of this classic casino card game to less than 1%. That's far lower than the fixed 5.27% house edge you would face at an American roulette table.

Blackjack doesn't offer the same payout potential as roulette though. Unless the table you choose offers additional side bets, the best you can hope for is a blackjack payout of 3:2. Step up to a roulette table, however, and you have the option of placing multiple bets at the same time, with single number bets offering payouts of 35:1.

These are all important factors to consider when deciding which game to play. Nevertheless, one of the best ways to decide whether you're best suited to blackjack or roulette is to try both games out for yourself. Why not hit the live and virtual tables at bgo.com today?