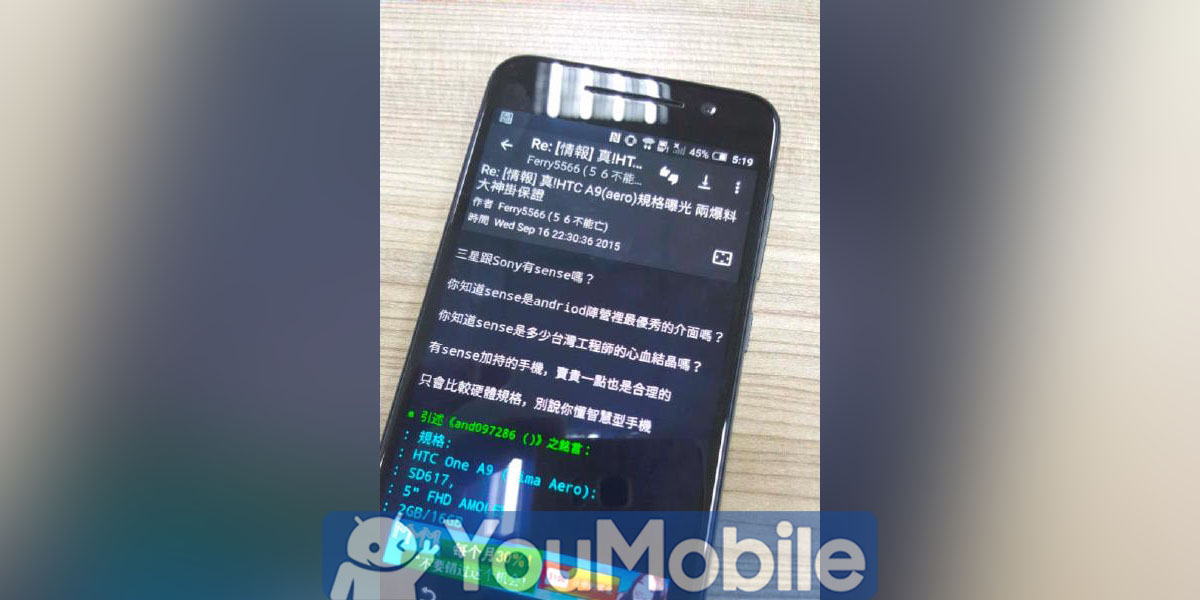 HTC is preparing to release a new High-end device, called HTC One A9 (codenamed Aero). A new live photo leaked in the wild of the HTC One A9 that shows the device size and the body-design.

The photo comes to confirm some of the One A9's specs for the umpteenth time, thanks to what can be seen on the phone's screen. We should thus expect it to sport Qualcomm's Snapdragon 617 SoC, 2GB of RAM, 16GB of storage, a 5-inch 1080p touchscreen, and a fingerprint scanner which can be seen below the display as part of that huge bottom bezel. 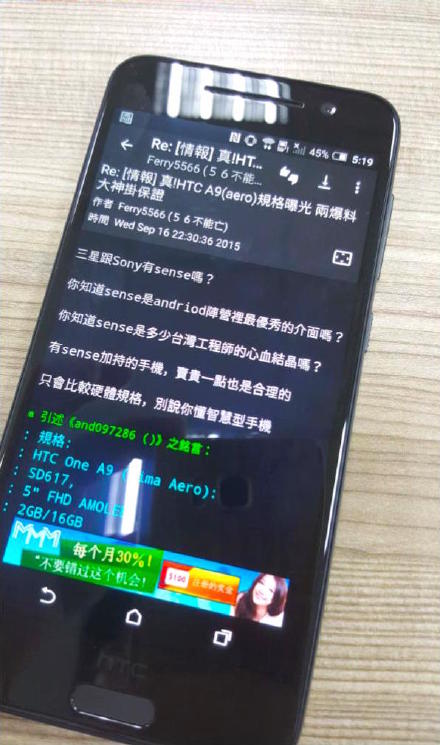 The One A9 may get official at an event next week, on September 29, or its unveiling could be scheduled for October according to one past rumor. If this pans out, then expect to see multi-city events happening in the US for this purpose, and the One A9 getting a big marketing budget afterwards.