Adobe has now announced that Flash Player won't be supported in Android 4.1 Jelly Bean. We are just Reminding you that Adobe will Cease new Flash Player downloads from the Google Play Store starting from 15,August which is This Month. 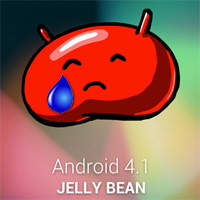 First of all, devices that come pre-loaded with Flash have been certified by Adobe that the Flash Player will works as expected on the device. Adobe says that it will not certify any Android 4.1 devices.

While in the past that wouldn't be that big of a deal, Adobe also says that starting on August 15th, it will configure the settings in the Play Store to only allow Flash Player updates to devices that already have Flash installed. Devices that do not have Flash installed will not be authorized to download it from the Google Play Store. While a device that is upgraded from 4.0 to 4.1 will keep its Flash Player in tact, Adobe recommends uninstalling it because it may exhibit unexpected behavior.

After (15, August) You won't be able to download Flash Player on any New Android Handset.