A phone with a curve at the centre of the display?

A phone with a curve at the centre of the display? 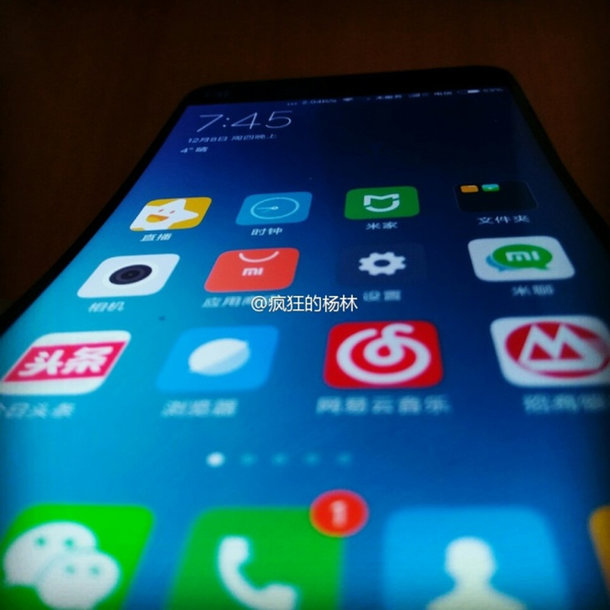 A photo has been leaked online that shows a phone sporting a display that's not curved on the sides but right at the centre. The concave design may remind one of the LG G Flex, but this one is a Xiaomi. It looks like the Chinese brand has recently decided to explore all aspects of a smartphone's display. The beautiful Mi Mix was not only the first true bezel-less phone of the year, but it also sold faster than any phone ever did in China. The Mi Note 2 was unveiled at nearly the same time and it was the company's first phone to feature a dual curved panel. The Mi Note 2 took 50-seconds before going out of stock during its first sale.

As you can imagine Xiaomi's two experiments went very well for them and therefore, it would be quite interesting to see how this concave design fares, when and if it comes out. The image was spotted by GizmoChina on Weibo and from what we can see here, it's running on the Chinese version of the MIUI. As far as we can tell, the curve is limited to the centre of the phone only, as no curved edges can be seen in the picture.