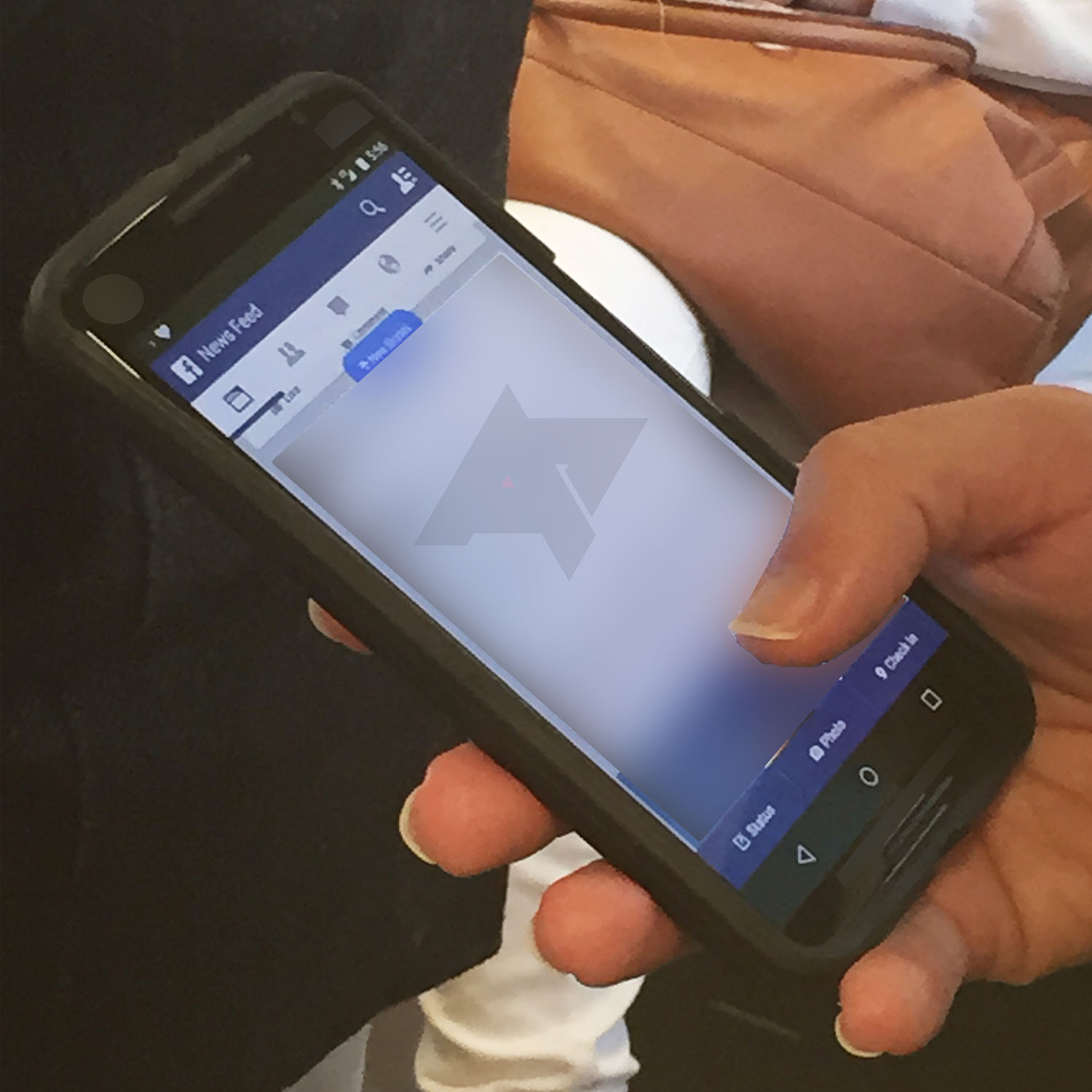 Motorola-made Google Nexus 6 has been spotted in public, yes, we got the first alleged photo of the Nexus 6. Well, these photos is not yet confirmed... It may be the Nexus 6 or NOT. The device looks big (5.9" screen rumored) and it's running Android L (check ourt the software keys). 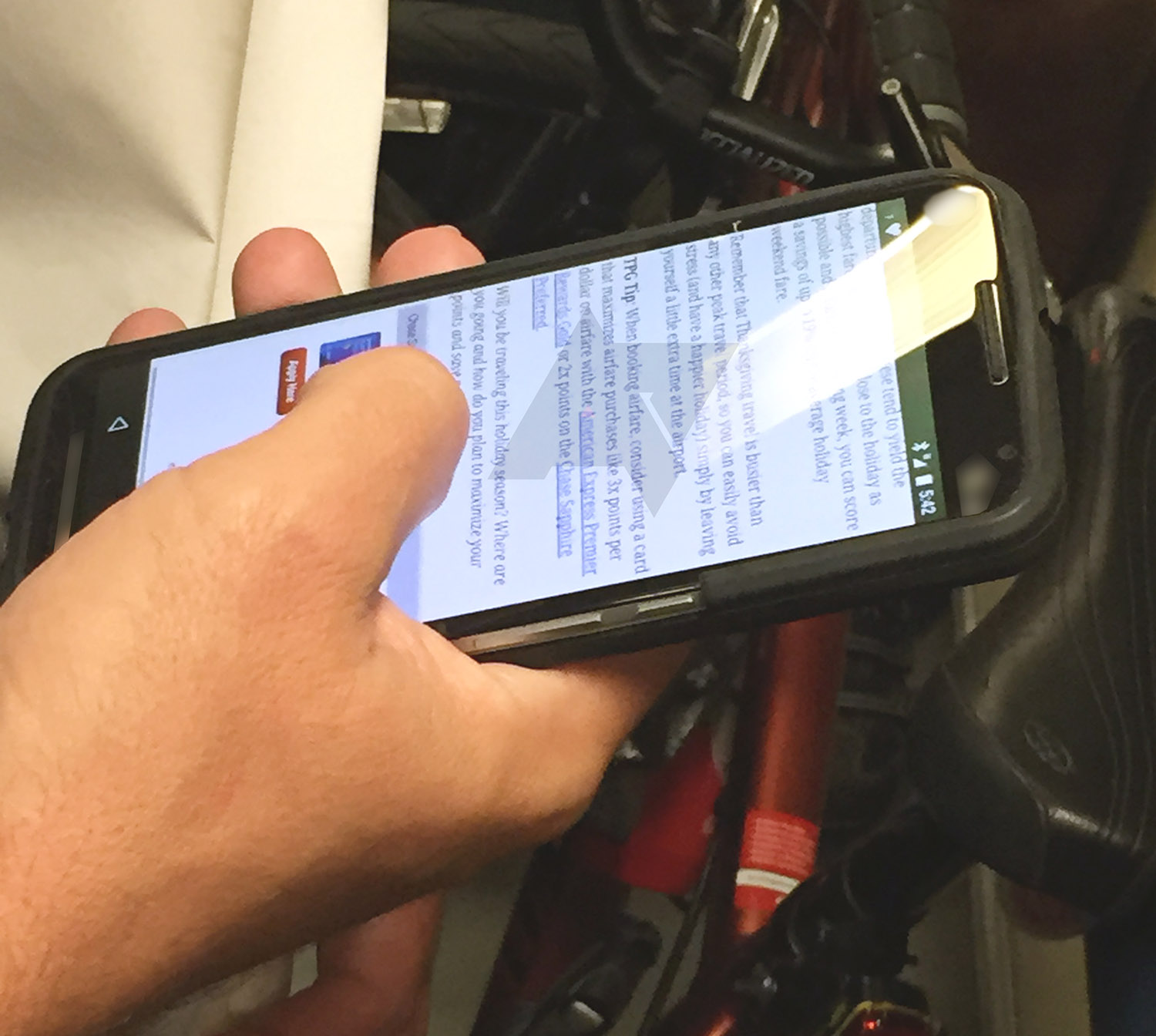 The phone is obviously in a snap-on case of some sort, so we don't have a look at the complete edge, but what we can see aligns with our previous posts the power and volume buttons are positioned more toward the middle of the device, a center-aligned headphone jack, and Android L with new solid status bar icons and smaller, more spaced-out navigation buttons that we've seen a couple of times now. There is one more icon in the status bar, though. We aren't sure if this is a notification from some third party app, or if it has to do with something Googley installed on the device, but it's there.