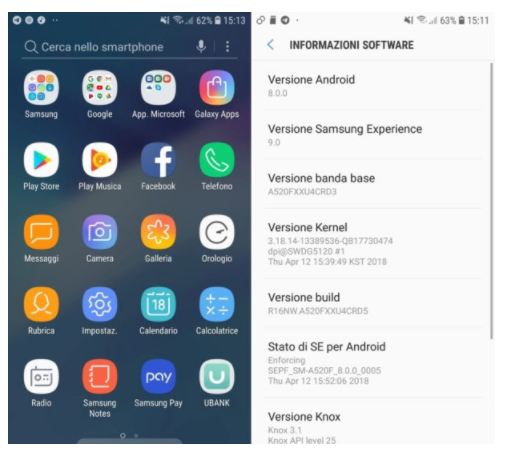 Now that Samsung has mostly finished upgrading all its recent flagships and some high-end smartphones with the Android Oreo 8.0 update, the company has shifted its focus towards mid-rangers and the Galaxy A5 (2017) is reportedly the first lucky device in the segment to receive the latest (major) version of the Android OS. We know that it isn't most timely of updates but given how many handsets will never even get Oreo, we think the owners of the Galaxy A5 (2017) should be pretty happy. It doesn't really come as a big surprise though as the A5 (2017) was already on Samsung's update list and just a few weeks ago, the handset was seen getting tested with Android 8.0 on Wi-Fi Alliance.

As of now, reports indicate that Russia is where the roll out started, but it should spread to most of the other regions pretty soon as well. Expect the OTA package to weigh in at around 1.2GB, but the firmware version was not mentioned by the source. Nevertheless, if you look closely, you can probably make it out from the screenshots and it looks to be A520FXXU4CRD3.