Benchmark of the Motorola Nexus 6 Confirms its Specs

Benchmark of the Motorola Nexus 6 Confirms its Specs 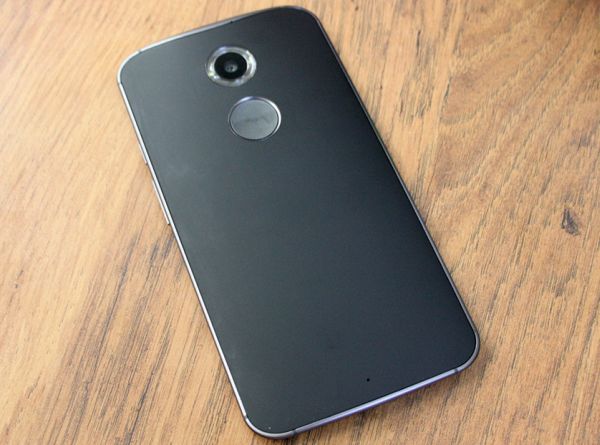 More details of the Motorola Nexus 6 (codenamed Shamu) have appeared through the Geekbench benchmark database as well as thanks to a couple of CPU-Z screenshot posted on Twitter.

The 5.9" Nexus 6 managed a multi-core Geekbench score of 3199, which is more than the score of both the iPhone 6 and iPhone 6 Plus. The high result is thanks to the Qualcomm Snapdragon 805 chipset with a 2.65GHz quad-core Krait 450 CPU inside and 3GB RAM.

Furthermore, the Nexus 6 comes with QHD resolution resulting in a 496ppi pixel density. The high-end specs sheet also features a 13MP camera with OIS and a dual-flash ring configuration akin to the Motorola Moto X (2014). The battery is rumored to have a capacity of about 3,200mAh, but won't be removable. 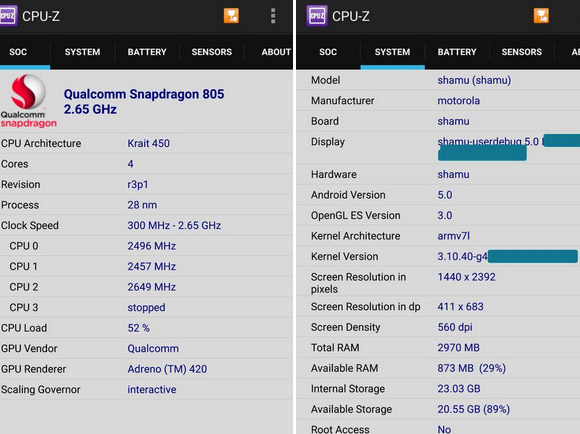 This isn't the first time we see the Nexus 6 go through a benchmark. The phone also went through the GFXBench, which tested its Adreno 420 GPU. Needless to say, the phone did quite well. Android L is going to debut on the phone, as goes the tradition with new Android releases.