Breaking Into the Sports App Market

Breaking Into the Sports App Market

It has almost become cliché to claim that there is an app for everything now, but at times it doesn't feel far from the truth. Rather than accepting that all the best apps have already been made, developers are finding innovative ways to make an impression on the market. The world of sports apps is highly competitive, with sports lovers keen to find ways to channel their passion while on the move. Through tweaking existing formulas, new sports apps have found ways to enhance streaming and gaming for Android users.

Sometimes apps rely on minor technological developments to gain a foothold in the market. Other apps can simply offer something that nothing else can offer. The runaway success of Pokemon Go was driven by the game's unique style, giving players something that they had never experienced for. Eleven Sports are aiming to be similarly revolutionary, albeit in the world of sports streaming. By snapping up exclusive rights to show UK viewers top division football matches from Spain, Netherlands and Sweden, Eleven Sports have suddenly become prominent in a market previously dominated by the same few big names.

Their reach extends beyond football, with Eleven Sports offering exclusive coverage of the 2018 PGA Championship. Golf fans downloaded the app in their droves, able to watch the tournament from their Android device and the location of their choosing. Eleven Sports' monopoly on certain sporting events will likely facilitate long-term success for the app. 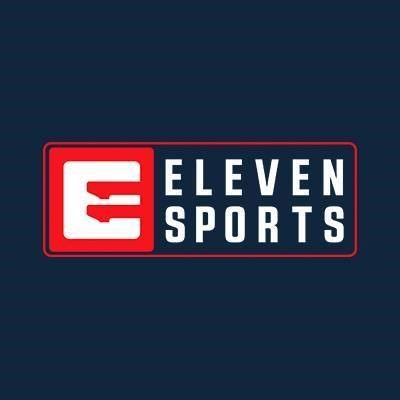 Bookmakers are increasingly expected to offer an app, which is largely due to the rise of in-play betting. Being able to bet on an event as it is happening becomes more laborious if you have to rely on the speed of a browser. However, it's not enough to just have an app. That app has to be quick and easy to navigate, not just in terms of reducing stress but to allow users to catch odds before they change. MoPlay have translated the intuitive layout of their browser site into the app to allow users to access in-play betting markets on the go. Android users can sign up at moplay.co.uk before downloading the app via the website, but they will be rewarded with an interface that is among the slickest and most logical of bookmaking apps.

In the crowded market of sports apps, new names like that of MoPlay have to differentiate themselves. MoPlay have done that through their visually appealing layout, with Ketchapp Summer Sports taking a similar approach to their gaming experience. Creating an effective sports gaming app is difficult, considering the gulf in technological quality that is unavoidable when comparing an app and a video game. This is why Ketchapp Summer Sports' approach has proven so popular.Rather than attempting to create something that emulates richly detailed video games, the app's simplistic visuals and gameplay give it a unique feel. The ability to track records in the hope of setting new personal and worldwide bests encourages users to return to the app to compete in a variety of Olympic sports. Most will still go to console classics for the premier gaming experience, but an app like Ketchapp Summer Sports taps into the beauty of sport in a way that makes it the ideal companion for a commute. As app developers continue to push the boundaries, it will be interesting to reflect on the world of sports apps in another year to see what experimentations have since become the default.