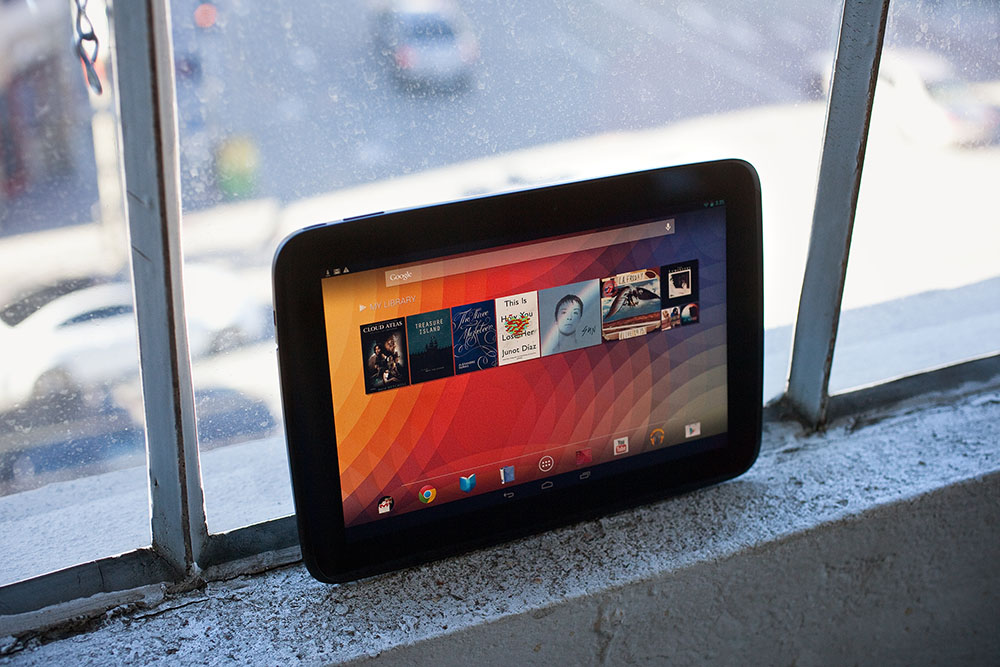 First, we need to tell you that this rumor is a little Suspicious. The benchmarking website GFXBench had an interesting listing pop up in its database: a device labeled as "Google Nexus Foo". According to the benchmarking site, the Nexus Foo is a 10.3-inch device with a 1920x1080 display resolution, powered by a Tegra 4 clocked at 1.9GHz, and 2GB of RAM. You'll notice we haven't called this device a "tablet", because the GFXBench listing labels the device as having "no touchscreen". 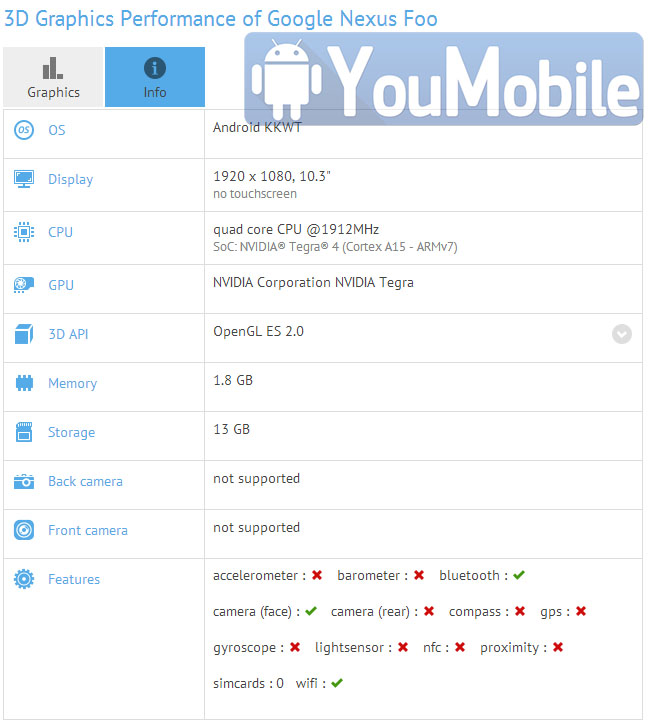 In addition, the device has no rear camera, only one on the front. And, the Foo has Bluetooth and Wi-Fi, but no accelerometer, barometer, GPS, compass, gyroscope, light sensor, NFC, or proximity sensor. Check the source link to see the full lisiting of the Nexus Foo.

Based on the features it has and doesn't, the Nexus Foo sounds more like a laptop than a tablet. But, the more strange thing is that the Foo is listed as running Android KKWT, which is the Android Wear build number; and, it is listed with OpenGL ES 2.0, which is more associated with Android Wear. Android phones and tablets running 4.3 or 4.4 use OpenGL 3.0, and Android L will be adding support for OpenGL 3.1.