Google has just updated its official Android launcher, Google Now launcher, to version 1.0.16.1154249. The update is very minor that it doesn't have an official change-log. It incldues some bug fixes and it also resolve the random disappearing background issue that some users experienced before. 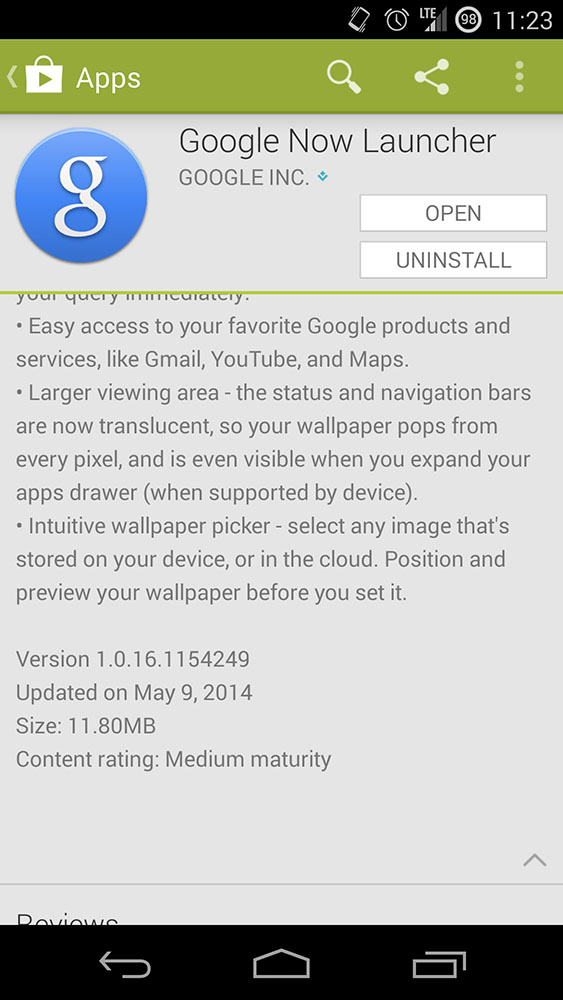 According to reports from rooted users on XDA forums, the update doesn't seems to break the Xposed GEL Settings module (XGel), so don't worry about the update killing compatibility.

You can update via the Play Store or you can download the official APK from the link below. The APK below is signed by Google (not modified) and its safe to install.