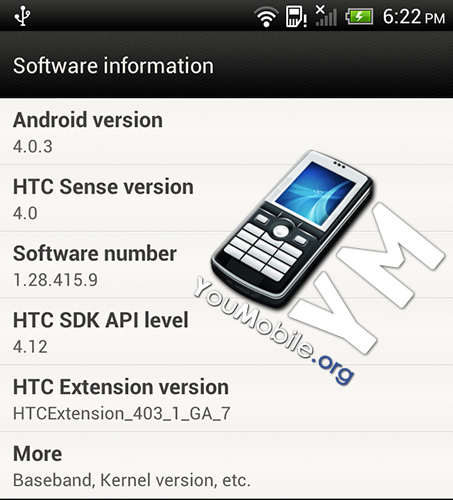 HTC One X Firmware 1.28 is Now Available worldwide addressing Wifi bug and battery life Improvements, Middle-East region also got Arabic Support along with the Update too.

The HTC One X has a power management problem according to some developers over the XDA forum who are wooing on creating custom ROMs. The problem is that an NVIDIA power control app known as "NvCPLSvc.apk" was misplaced in the /system/bin folder, rather than its proper location in /system/app.

The Developer "mike 1986" posted an unofficial fix that puts the APK in the proper location. The problem involves Tegra 3 power management controls and is obviously only on the international variant of the model, which comes equipped with the quad-core NVIDIA Tegra 3 processor under the hood.

The incorrect APK placement is costing the HTC One X user 10% to 20% of his battery life. The fix that was posted on the Xda forum claimed to recapture that missing battery life. If you want to try the fix on your One X head to the source link below. We suggest to wait until the One X Firmware 1.28 release, as it will address all battery issues, including this bug too.