LG G5 begins to receive its update to Android Nougat 7.0

LG G5 begins to receive its update to Android Nougat 7.0 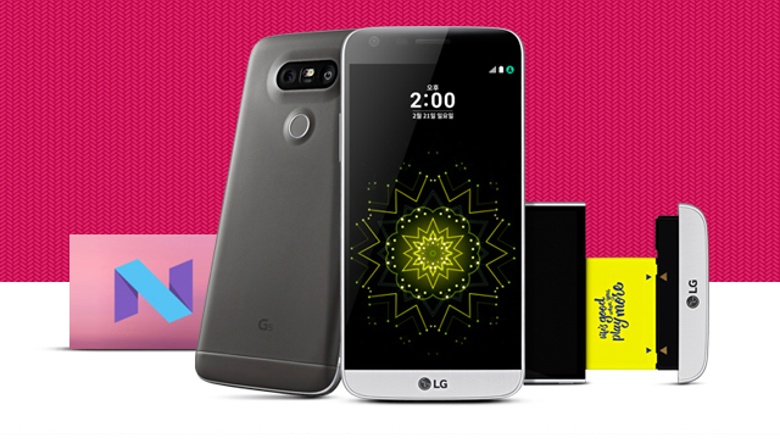 The update to Android Nougat 7.0 for the LG G5 is now being rolled out as you read this. It was expected as an Australian carrier named Optus had revealed earlier that the OS was being tested on the G5 and is almost at the verge of being ready for a final release. However, as of now, we have reports which state that the update is only available in South Korea. As confirmed by LG, it will also be hitting models all around the world in the next few weeks and more information will become available on the package locally, in respect to the geographical region concerned.
In the official statement at a press conference, this is what LG pointed out;

"At LG, we know our customers want the best, most up-to-date mobile experience,"

"Getting software updates to our users faster than the competition is our way of demonstrating that LG is committed to supporting our products and customers to ensure they have a positive ownership experience."

We must admit that we are seeing a much faster approach to providing updates to their flagship smartphones from the big boys such as Samsung and LG this time around. Don't forget that beta-testing of Android 7.0 will begin for the Samsung Galaxy S7 and S7 Edge from November 9 as well, and the final build could be hitting the two devices all over the world by the end of 2016 or early 2017.